Short preview for this as I focussed more on my San Sebastian, which you should totally check out by the way…

A few small lumps along the way but this should be one for the sprinters.

In fact, it is pretty much a carbon copy of the opener from last year, which is handy as I still have the strava profile for that stage made up. Thankfully, I’ll just be letting @LaFlammeRouge16 do the hard work this year in those regards, well, most of the time.

There are a few tight turns on the circuit, most notably with just under 2km to go.

After that though it is plain sailing with the rest of the run in being pretty much dead straight, including all of the final kilometre. That can cause issues though as riders spread across the road and fight for position and we saw exactly that last year when some riders came down in the closing 800m.

Despite the best efforts from a late Quick Step attacker, things ended in a big bunch sprint and I expect something similar tomorrow.

Quick run through the sprinters here…

He won RideLondon at a canter last Sunday so will arrive here supremely confident in his ability to go well again. However, he is missing the majority of his lead out from that day so will have to rely heavily on Schwarzmann. He has the speed but might find it a little more difficult tomorrow.

Another who arrives with a short train, Jumbo will no doubt attempt their late charge to the front. It was at this event last year that Van Poppel started to shine for Sky in the sprints so no doubt it will bring back good memories being here. Should be contending for the win.

A fellow Scot, kind of, the Quick Step rider arrives with the strongest and longest lead out train by a country mile. There will therefore be a lot of pressure on his team to do some of the earlier work and it might leave him a little more exposed because of it. It was disappointing to see him not take a win in Wallonie but at least he has some racing legs again.

Disappointed with his result in Ride London, he’s actually had a pretty poor mid part to his season after his opening few months went very well. However, that 6th on Sunday was a sign of things to come and I think he’ll go better here this week. He needs a big lead out from Teunissen though.

Nacer Bouhanni – Will his lack of a Tour spot fire him up, or will he still be sulking? Who knows. Nacer probably doesn’t know himself! 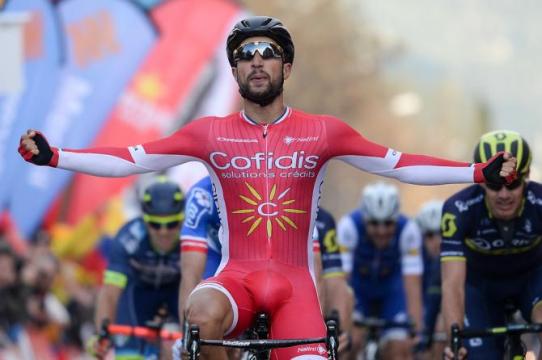 Giacomo Nizzolo – Nice to see him back at the pointy end of a sprint in Ride London but it will be tough to repeat that here. Still though, he has shown in the past that he can be “Not-so-slow” so we might see a surprise.

Modolo, Bonifazio, whoever sprints for Mitchelton, Boasson Hagen, Sareau, Consonni and Venturini will all be fighting for the top 10.

It’s actually quite a strong sprinting field here without many of the traditional “big” names.

I think the finish will be messy and tough for one team to control as opposition riders surge past them before dropping back. Therefore, it is a question of someone getting lucky with the timing of their surge, dropping the sprinter off at the perfect moment. Pull a name out the hat time and I’ll go with Bauhaus.

His sprint reminds me a lot of Kittel’s so on a finish like this he should have a great chance.

Thanks as always for reading! Who do you think will win tomorrow and why? I’ll have stage 2 for this race out tomorrow along with my Women’s Euro Road preview so Poland might be a bit stunted again in terms of length. Anyway,

mytwospokesworth Final year student at the University of Stirling studying Marketing and Sports, with a passion for professional cycling.
Published August 3, 2018