A crazy start to the stage saw no break go for over 50km before the elastic eventually snapped. Cataldo forged on alone and bravely held off the bunch, only to be cruelly caught within the final kilometre. It was actually blog pick Guillaume Martin who kicked off the action in the GC group and he managed to get a bit of a gap over what remained over the peloton. However, Latour came to the front and pulled like crazy before the other Martin (Dan) set off in pursuit. It was a stinging attack that only a handful could follow but he almost rode with some inexperience as he just kept riding on the front which set things up perfectly in the sprint to the line for eventual stage winner Alaphilippe. 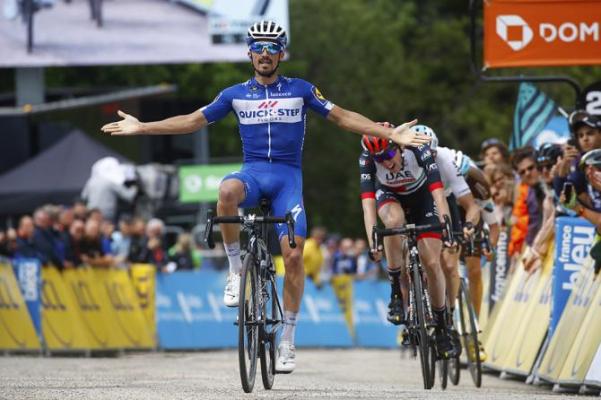 Dan Martin finished in second with Thomas rounding out the day’s podium, with Bardet completing the quartet that finished together.

Interestingly, Kwiatkowski was dropped a little on the run in so it is Moscon who takes over yellow jersey duties, with the Pole and Thomas just 6 seconds back. Sky still very much in the driving seat for this race then. Let’s have a look at what is in store for the riders tomorrow.

It is the easiest of the 4 days in the mountains when looking at the climbing metres, as there are only 2600m of ascent throughout the 130km stage. 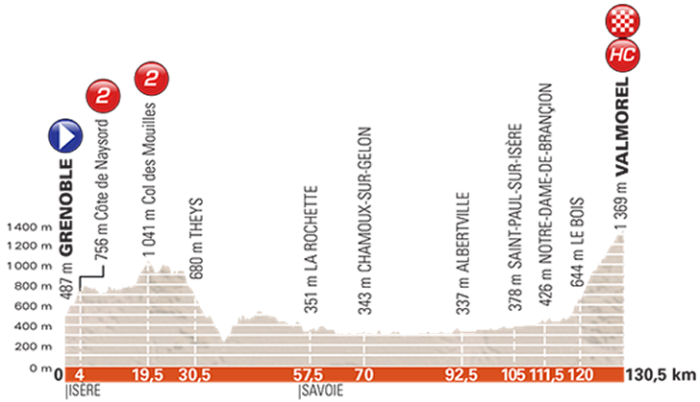 The day starts off with the Cat-2 climb of Côte de Naysord which averages 8.5% for 3.7km. It’s then followed by a false-flat plateau before the Cols des Mouilles which is another short but sharp climb, averaging 7.2% for 3.8km. They’ll then face my favourite oxymoron a rolling plateau, before the road eventually heads downwards after roughly 27km. Given the testing start, I’m sure plenty of riders will be on the rollers!

It is then pretty much flat all day until the final climb of Valmorel. 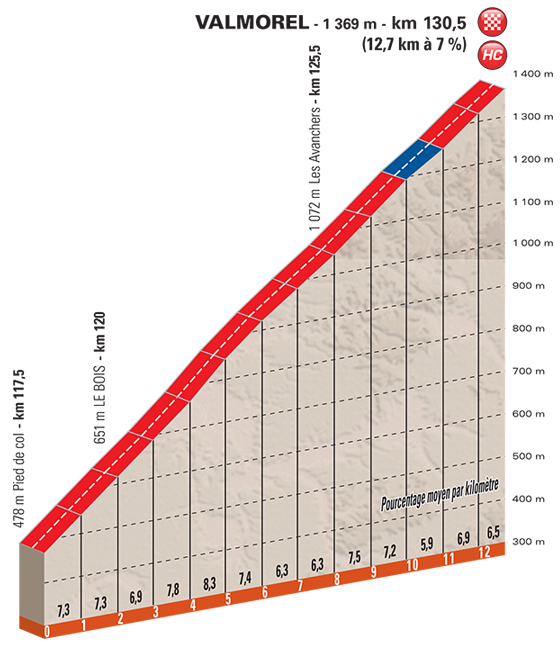 A very steady climb that should suit those that can get into a rhythm, the length and gradients do favour a more traditional mountain goat to go well too though. It should be an interesting battle between the two different types of GC riders we have here.

With a frantic day today and knowing what is to come, I’m sure some in the bunch will want an easier afternoon out tomorrow. Will they get that?

Well, it really depends on the approach of two teams: Sky and AG2R.

Personally I think Sky will want to keep their powder dry for the weekend as their domestiques will need to defend a lot on the tough stages we have so any extra energy saved will be very useful. But then again, once through the first 30km, tomorrow is easy up until the final climb so it will only need a couple of riders making tempo to keep things in check. AG2R showed today that they are willing to ride for Bardet and tomorrow’s finish climb on paper suits him more than what we had today. The same question can be asked of them though, will they want to save some energy for some crazy racing at the weekend?

There is then of course the chance that it takes 50km for the break to form again at which point we’ll only have 80km left and not long for the morning move to get an advantage. That will then possibly entice teams into pulling to bring them back, who originally might not have if the break went within the first 30km.

It’s another stage that is a coin toss for me in terms of if a break makes it or not. I could easily argue for either case, which I kind of have done above. Got myself in a right tizz here deciding what will happen!

Hmm, I’ll go with the break sticking, but it really needs to form early-ish and for no-one to be within 5/6 minutes on GC so that Sky take their foot off the gas, which unfortunately means no Guillaume Martin, shame. Time to play that game again…

If AG2R don’t want to help chase all day then the best thing for them to do is get a rider into the morning move and sit back in the peloton while the others do the work. Gallopin is far enough down not to be a real GC threat but he is a good enough climber and rouleur to make it stick from the break. He had a very strong start to the year but he has since struggled to be at his best and his performance in Paris Nice was disappointing due to an illness he picked up. With his sights set on the Tour, he will want to show well here.

He missed the opening part of the season due to a “physical and psychological issue” after his jaunt in Australia but he returned to racing in Romandie. Since then, he has shown no real sign of form but has stated that his legs are returning to what they used to be like. If he wants to make the Bora Tour squad then he needs to deliver a big performance at this race and tomorrow looks the stage best suited to him. Who can forget his win from the break up Alpe d’Huez in this race last year? 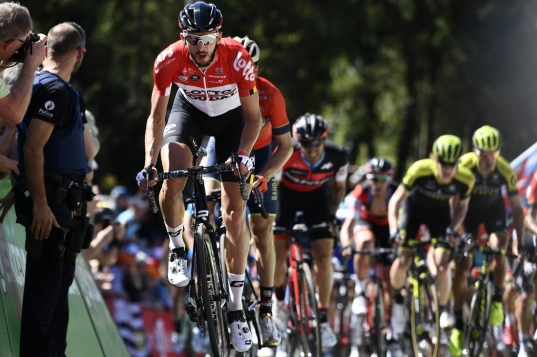 The Lotto Soudal rider was fourth on that day but this season seems to be going much better for him, he has been in a rich vein of form in the past couple of months. His lowest finishing position in the Ardennes was 11th place, which included a podium finish in Fleche. After taking a month off racing, he returned at the recent Tour of Belgium and won the queen stage there. The climb at the end of tomorrow’s stage might be too long for him normally but it all depends on who he is up against, I expect Lotto Soudal to be attacking anyway.

The neo-pro has impressed me a lot so far in his outings this year with a good showing in Coppi e Bartali his best result. He finished 2nd at the Baby Giro last year and followed it up with a 4th place at the Tour de l’Avenir: he is talented, that’s for sure. A pure climber it would seem, if he manages to infiltrate a break made up mostly of rouleurs then he has a good shot of taking a stunning win.

If we don’t see a break make it then it is hard to see past a Bardet v Thomas battle for the stage. Both have looked strong and I could make arguments for both on this terrain but I would side with Thomas in his current shape. We could possibly see Alaphilippe competing for the win given that it is only one big climb but I think he’ll just fall short. I’m preparing to eat my words here tomorrow afternoon.

AG2R to win the day, but it will be Gallopin from the break who will be victorious. 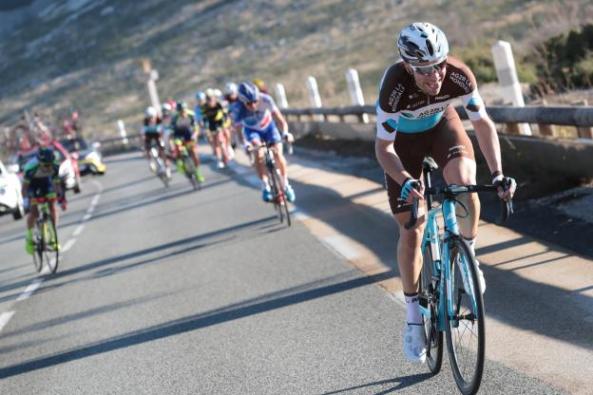 Unsure as to how tomorrow will go so just making a play on the breakers. Will look in-play for GC riders if it is going to be the stage honours for them.