Rohan Dennis proved to everyone that he can still deliver an incredibly strong TT when challenging for a good position on GC, as he “romped” home today with a 14 second margin over a rejuvenated Tony Martin who took second. 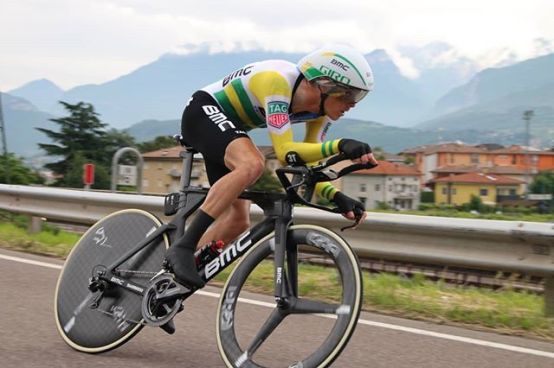 Tom Dumoulin brought home the GC riders in third place a result he’ll probably be disappointed with, considering he only took 1’15 from Yates. Yet, the Dutchman did look tired and he’ll need a change of form to win the race now. With that said though, there are still three tough mountain days ahead, on which the current race leader might crack. It’s not over until Rome!

Blog pick Jos Van Emden came home in a respectable but ultimately fruitless 4th place. About sums up my Giro so far! There is always tomorrow though, speaking of which, lets take a look at what is in store for the riders.

The last possible sprint stage before Rome, but will the sprinters take advantage of it? 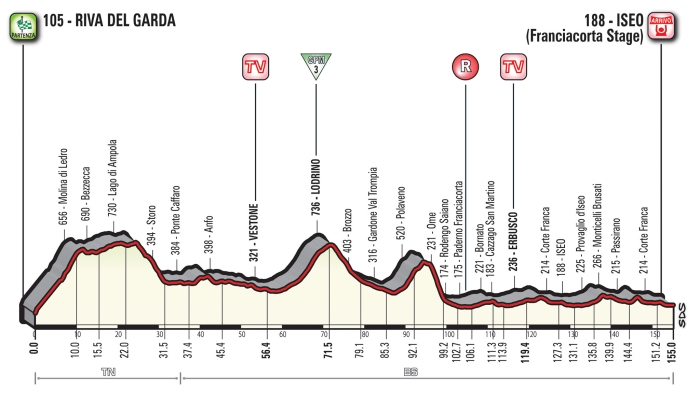 With an uncategorised 10km climb at 5.3% from the gun, there will be those in the peloton who hope not and no doubt we’ll see plenty of guys on the rollers. 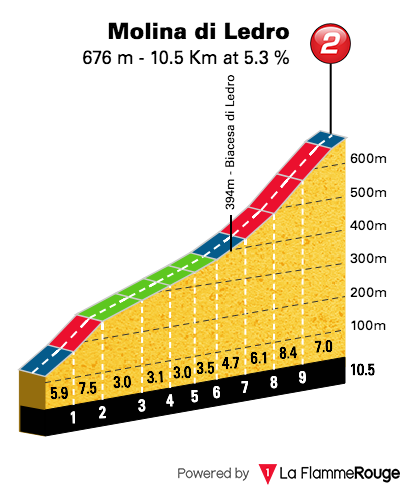 From there the road continues on what can only be described with the oxymoron “rolling plateau” for the following 12km before it eventually descends. Will a breakaway be established here?

After that there is a lot of flat ground separated by two climbs, one of which is categorised. They aren’t overly tough with Lodrino being 11.5km at 3.6% and the uncategorised rise to San Giovanni measuring 6km at 4.4%. Once off the descent from the latter there are roughly 60km left for teams to get organised and set up a sprint.

As for the finish it’s not too crazy but there are a couple of roundabouts and sweeping turns to negotiate in the closing kilometres, as you can see on the video above.

Will the sprinters be in full flight for it though?

With this the last chance for the sprinters to get a win before Rome then you would expect their teams to help pull on the front and chase the break all day. However, with it only being Bennett and Viviani that seem capable of winning the sprint, will we see a game of bluff between the two squads?

If one of the other sprint teams, namely Jumbo and EF, decide to help then there is a good chance we will see a bunch gallop. If not, then it swings it in favour of the breakaway.

The one thing that helps the breakaway is the fact the first two-thirds of the stage involved the majority of the climbing and will therefore be difficult for the sprint teams to control and keep a lid on things. If the break holds an 10 minute plus advantage with 80km to go then I can see the sprint teams giving up the ghost.

It is in the balance though, particularly when you consider the lack of break days so far this Giro.

I’ll go with the break making it, giving it a 60/40 split advantage. Time to play everyone’s favourite game then!

What is interesting for tomorrow’s stage is that with the first half of the day featuring the majority of the climbing, but the finish being flat, we could see a surprise result. The break will mostly be made up of either good climbers or those who are in good shape at the moment but with the ascent only being at 5%, there is a chance some odd names are there – take Modolo for example the other day. Anyway, here goes nothing… 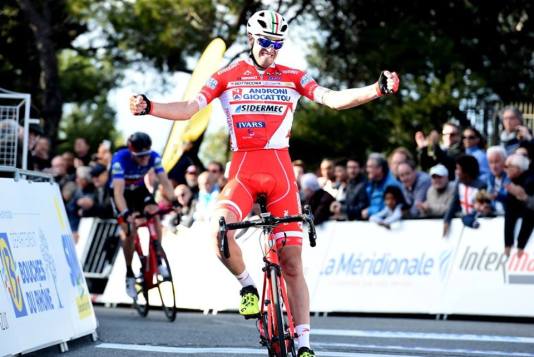 Is it really a breakaway day without an Androni rider being present? Cattaneo has been fairly quiet so far this race which is odd as I thought we would have definitely seen him feature in a few breaks and that he would be one of Androni’s best chances of nabbing a stage win. Maybe he’s been saving himself for this final week? His result in the TT today is what caught my eye as it is a discipline he doesn’t normally excel in but a 16th place against the opposition he had is a good effort. A punchy rider, he doesn’t pack the greatest of sprints but after a fast day of racing who knows, maybe he can use that newfound TT ability to solo to the line.

One of the stand-out performers of the first week, the Quick Step rider has since faded to 27th on GC but like Cattaneo, he delivered a strong TT effort today. A lot of tomorrow’s outcome depends on the attitude of QuickStep and their approach to the stage: do they want to chase for a sprint? Getting a man up the road means that there is no pressure on them and Schachmann looks like the ideal candidate. He is strong enough to make the break on the climbs but he is a good enough rouleur to play for his own chances in the finale.

Astana have had a poor Giro compared to what I expected from them but they still have two riders in the top 10, they just haven lit up the race. Tomorrow is a good chance for them to chase a win in the break and no doubt they’ll try to get either Villella, Lutsenko or Sanchez up the road. Villella has made the break already this race but was suffering from a stomach bug and under performed on the day that Bouwman was caught with 1km left. He’s a strong rider who packs a bit of a sprint, can Astana get a few up the road and play the numbers game?

Another who delivered a solid ride today, the Katusha rider was on the attack and made the early morning break on the stage that Mohoric eventually won. That day started with a 19km climb so tomorrow should be a walk in the park for him! This is his first ever Grand Tour so fatigue might be an issue but as I said above, he looked strong today. Schmidt is the fastest rider of the four that I’ve mentioned so he might fancy his chances in a reduced breakaway gallop to the line.

Quick Step win this stage no matter what, either with Schachmann in the break or a sprint with Viviani. I’ll go with Max though!

Given some of the very short odds though (mainly Schachmann) I can’t back some of the guys I’ve listed so I’ll go with:

A handful to say the least.

Thanks as always for reading, who do you think will win tomorrow and how? Anyway,

Those wre My Two Spokes Worth.