Rinse and repeat from yesterday!

I did say that it would be hard to see past the 1-2 on the opening stage if the break wasn’t given any leeway and that’s exactly what we got. Roglic, Alaphilippe, Gorka Izagirre and Landa skipped away near the top of the climb and they weren’t seen again by the chasing group; ultimately finishing in that order.

The result means Alaphilippe extends his GC lead over Roglic to 8 seconds with Izagirre now into third at 39 seconds behind.

Will we see any GC action tomorrow? Let’s have a look at what is in store for the riders.

We have the Basque interpretation of a “sprinter’s day” that includes almost 3000m of climbing!

With two categorised climbs early in the day, we might see quite a strong break go up the road and it will be very interesting to see its composition. Not much happens for a while after that before they hit the final categorised climb of the day. Yet, compared to some of the Cat-2s that we have had in the opening few stages, this ascent should be fairly easy for the riders.

Once over the summit, the riders will still have half of the stage to go but no more categorised ascents. However, that doesn’t mean the climbing stops…

You can view the profile I’ve made here.

Even though Strava does seem to stretch the sharpness of the climbs a bit, it is not exactly flat either with 1300m of elevation over the final 68km.

With just under 50km to go the peloton will tackle a series of climbs that are interrupted by short descents and plateaus and they are as follows; 2.15km at 5.2%, 1.96km at 6.1% and 2.12km at 3.8%. Plenty of launchpads if someone is feeling brave! They’ll then take on the opening climb again before a descent leads them to the last major rise of the day.

It’s arguably the easiest of the climbs averaging only 4.6% for 2.85km but considering it crests with just over 10kms to go a tough pace might see some in trouble.

The final 2.5kms drag all the way up to the line as false flat (1% average) so the timing of opening up your sprint will be very important.

So a sprint day?

The race isn’t blessed with many sprinters; only Matthews, McCarthy and Albasini are the notable names and I can’t see their squads chasing all day. In fact, Jack Haig has said in today’s report on the Mitchelton website that tomorrow could be a good day to get Verona/Power/Hamilton into the break. Interestingly, no mention of a possible sprint and Albasini.

Given the two early climbs there will be a fierce fight to get into the break which means that it should be a strong group of riders that get up the road. We have plenty of guys far down on GC now so as long as no-one up the top of the order gets into the move, it should be let go. There’s no real need for Quick Step and Jumbo to chase like they did today, although given the way he is riding Alaphilippe might fancy his chances if things do come back together.

To me the battle is between Sunweb and Bora vs the break, and given the squads they have here and the probable size of the move; I give the break the edge.

So here we are, again.

Another day, another 4 tickets and a who’s who of riders that have featured a few times in previews this year. 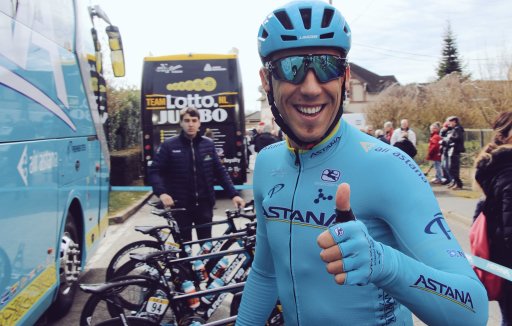 Astana were disappointing in the finale today but Fraile had spent a lot of energy earlier in the stage trying to get into the break. No doubt he’ll give it a go tomorrow again and with it likely forming on a climb he has a good chance. The rolling terrain in the finale looks great for him as the ascents aren’t too testing but they should suit his punchy and attacking nature.

He tried something on opening stage but it was to no avail. Tomorrow looks like perfect De Gendt country with a lot of hills for him to put the power down in the finish. After recently taking a win in Catalunya he will be buoyed by confidence and there won’t be as much pressure on him which can only be a good thing. The Lotto Soudal rider has a surprisingly good sprint finish, which he swiftly reminded everyone about at the Vuelta last year, so he might not be too afraid of coming to the line with a few others. 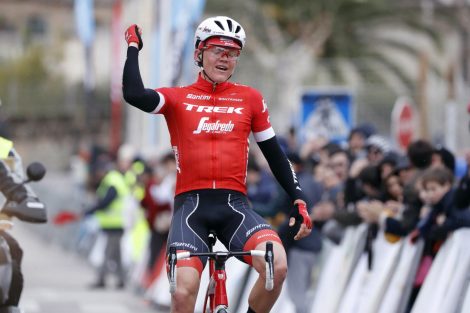 Trek were very attacking today with Felline originally trying to get in the break before Guerreiro and Grmay made it. No doubt the squad will be on the move again tomorrow so why not their attacking Latvian? Skuijins has already taken one win so far this year by coming out on top in the hilly Trofeo Andratx and the less severe gradients should suit his characteristics. With some rain forecast throughout the day, it will be music to Skujins ears as he’s professed his love for grim conditions before. Could that be a factor which helps see him win?

As alluded to in Haig’s interview that I mentioned above, it seems that Mitchelton have come to this race with an attacking mindset and they are looking for that to continue throughout the week. Power has had a good start to the year and has started to fulfill the potential that he had shown when he finished second at the Tour de l’Avenir. Power by name, Power by nature?

Break makes it all the way and there is only one man who is ever going to win; Thomas De Gendt.

In a purple patch form wise just now, the gradients of the climbs look perfect for him to put down an incredible amount of power and just ride people off his wheel. Easy!

Really lazy market by Bet365, pretty dispicable if you ask me only having 41 riders priced.

Thanks as always for reading! Who do you think is going to win tomorrow? Will the break make it or are we in for a sprint? Anyway,