The women’s World Tour returns this weekend for its third and oldest event on the calendar; the Trofeo Binda. Last year’s edition of the race saw somewhat of a surprise result as a reasonably large group of 25 riders came to the line to contest the sprint finish. No one was able to match American pocket-rocket Coryn Rivera though as she took a dominant victory with a delighted Arlenis Sierra in second and Cecilie Ludwig rounding out the podium. 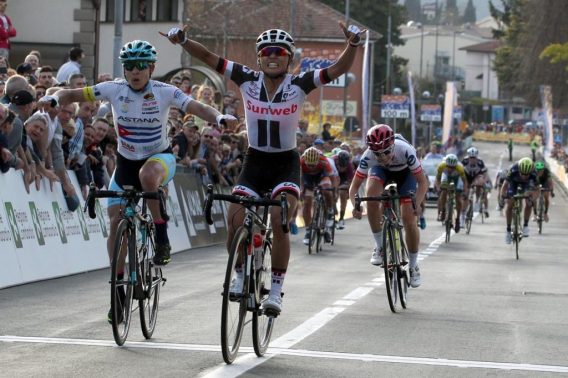 Will we see something similar this year or will the race revert back to type and be one for the attackers? Let’s have a look at what is in store for the riders on Sunday.

Exactly the same as last year!

It is a tough parcours though with the road going either up or down for the majority of the day; there’s no real respite for the riders.

The opening part of the day will act as a leg sapper but the main focus of the afternoon is to do with the circuit around Cittiglio itself.

You can view the finish circuit profile that I have made here.

As you can see, the circuit is dominated by two main climbs. The first of which is only 1km long but the Sciareda does average 6.4%.

Punchy enough in some sections for a stinging attack, the climb will more likely be used to wear down other riders in the peloton but it is possible for a strong group to form here and not be brought back. Especially if the majority of the big teams are present.

A short descent follows, the riders will then have a couple of kilometres of flat before the main climb on the circuit starts.

On the profile of the circuit above you can see an incredibly steep section before it flattens out. That’s just an issue with Strava and the road there isn’t that steep. It goes uphill, but not at that severity!

You can almost flatten out the sharpness of the gradient and extend the drag into the flatter green section, therefore I’m unsure as to how accurate the gradient at the top right of the image is. However, it is a lot more accurate for the second half of the climb and the double-digit gradients there are real and offer the better climbers a perfect launchpad. Expect to see a thinning out of the bunch on this climb over the laps.

Once over the crest there is still a reasonably long way to the finish but just over 5kms of it is made up of descent. However, the gradients are fairly shallow so the riders will still have to work.

The final 3km roll a little and the run to the finish line is slightly uphill so the timing of any sprint is very important.

The bad conditions in Italy are set to continue.

Rain, rain and more rain around Cittiglio this weekend. In an interview on her team’s website Elisa Longo Borghini expects it to be exceptionally tough and conditions similar to her win back in 2013.

The wet roads will make the descents more treacherous and it will make the race even more attritional. Consequently, I definitely don’t think we’ll get a sprint like we had last year. Maybe a small group of 5 or 6 might arrive together but not 25!

Can the American continue Boels’ unbeaten start to the season? She’s only raced at Strade so far, finishing quite a bit behind the favourites but with it being such a tough race, it is hard to tell where her form is at. Having finished 2nd here before, this is a parcours that should theoretically suit her. 2017 wasn’t a great year compared to her vintage 2016 but given that Deignan will not be racing in 2018, the pressure will be on Guarnier to try to rekindle that form. If not her, then World Champion Chantal Blaak might have a chance. She excelled in the bad weather in Strade finishing a very good 4th place. If the pace isn’t too electric then she might be able to hold onto the better climbers and either wait in for the sprint or launch an attack in the finale. 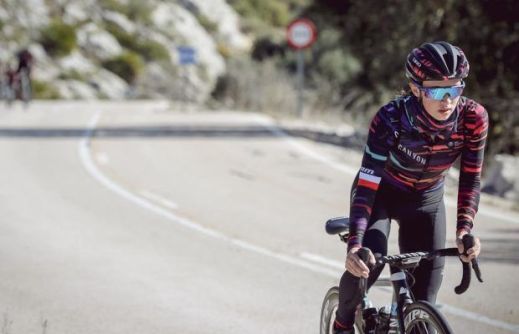 She only managed second in Strade after having the heavy expectations of this blog on her shoulders. An exceptionally talented rider, it is hard not to imagine her near the front come Sunday. Canyon SRAM arrive with a strong team here to support her that includes Cecchini and Ferrand-Prevot. The former might not be up there with the best climbers in the peloton but she is not too far away in one-day races like this where the longest ascent is under 3kms. PFP is just back after taking a second place in the Mountain Bike World Cup in South Africa; a race she could have won if not for a mechanical. Her form is clearly better than in Strade where after the race she said she felt a bit ill and empty. The question mark with her though is how will the travelling affect the racing? If she’s fit and not jet-lagged then Canyon have a great chance of winning given the number of riders they have who could feasibly contend; even Hannah Barnes might fancy her chances.

Involved in the main chase group in Strade until a crash saw her drop out of contention for a high placing, she’ll be hoping to go better here.  Her early season form is good and on paper she really should be one of the riders going for victory here. One of the big advantages that she has over some of her competitors is that she has a good sprint from a reduced group. Expect to see her and Cecilie Ludwig alternate attacks.

The Mitchelton Scott rider had a good hit-out in Strade but she was just unable to follow the best. The Aussie team’s European base is nearby so they will know this area well and should be very attentive on what are almost local roads. The length of the climbs are good for Spratt as they aren’t as punchy but they’re more gradual in nature. One thing that I admire about her are her bike handling skills and she won’t be afraid to go on the attack on the descent, I’m just still not 100% confident in her ability to follow the best on the slopes. However, her team-mate Lucy Kennedy might be able to do just that. In Strade she managed to finish in 5th place (ahead of Spratt) after doing the majority of the work in the chasing group. In fact, she could have finished 4th had she read the preview and known to take the inside line around the last corner; although to be fair she looked dead on her cleats as she crossed the line. Longer climbs here should suit and I’m hoping for another surprising result.

A mechanical at the worst possible moment ruined ELB’s chances of going for back-to-back Strade wins. I think she went into the red trying to desperately chase back van der Breggen which then ultimately cost her a second place on the climb to Siena. A rider that is fairly local to the region, she will arguably know the roads better than most here which will be a big advantage in the testing conditions forecast. One of the best climbers in the women’s peloton, it would be a surprise to see her dropped when the road is going up. The question will be if she arrives alone or in a group with others. Given her sprint, she probably needs to solo home. After a horrid Strade for Audrey Cordon-Ragot which saw a crash derail her chances at a good personal result or to be there to help ELB, she arrives at this race in good shape according to her team mates. A rider that I admire a lot, she has plugged away as a super domestique for a while but she seems to be getting more freedom as a leader this season. She packs a deceptive sprint and could be quite dangerous in a group of 6 or so.

It would be hard to dismiss the current champion but can she make it two in a row? With no Van Dijk her squad is missing a massive engine so the rest of the team will have to step up to protect her. She’s a good climber who packs a solid sprint but with the more attritional race I’m expecting this season, I just can’t see her managing to repeat the feat.

Others to look out for include; Ensing (Ale), Rowe (Waowdeals), Sierra (Astana), Gillow (FDJ) and González (Movistar).

An attritional race with a much reduced bunch due to the rain. Expect to see team’s use their second options to attack and force other squads to chase; we might even get a move like that stick.

However, I think it will be brought back going into the final lap and Elisa Longo Borghini will ride away from everyone on the climb and solo to victory. She looked good in Strade and will want to make up for the “what if?”.

The Italian tricolore needs to win an Italian race, right?!

Good news as this year it looks as if we’ll get some coverage of the race live on Eurosport, although it looks as if it will only be the Player. Hopefully the transmission of pictures will be more consistent than last year! I’m not sure if there will be comms for the race though so we might have a similar raw-feed like we did at Strade. Some suggested then that I could Periscope the race and try my hand at commentary which I could do if more people will interested? Although I am visiting old uni pals on Saturday and intend on going out so I might not be back home in time for the racing. If I am, it certainly could make it more interesting!

Thanks as always for reading! Who do you think will win on Sunday? Will we see an attritional race or will it come down to a select bunch sprint? If you would be so kind as to RT this blog then I’ll be forever grateful. Anyway,