A solid break went up the road, but it was a break more suited to rolling terrain than what we had today. Villella gave up after securing some KOM points, leaving just 4 up ahead and their task was made even tougher.

Quick Step took on the brunt of the work behind, getting some assistance from Cannondale and Lotto Jumbo.

In the end, the last survivor from the break (De Marchi) was caught in the closing 10km and we had our sprint.

Well, it was a very reduced sprint to the line.

After all the work that his team had done throughout the day, Trentin delivered, taking his third stage win of the race.

Moscon showed that he’s much more than a one-trick pony sprinting to second, with Kragh Andersen finishing in third.

Finally a good day for the pre-stage blog punts!

With the sprinters having their last chance for a while today, let’s have a look at what is in store for the riders tomorrow.

We’ve had a stage that almost descended from the gun to the finish (aside from a categorised climb) but tomorrow we have one that pretty much rises from the get go.

Well, it is a very gradual rise from the start! Over the opening 70kms the peloton will only gain roughly 200m of elevation.

They will face some harder tests with the first categorised climb Puerto el Mojón starting at 77km into the day. However, it isn’t anything crazy…

An average of 4.4% over 8.4km should see everyone make it over the top together. Once the descent has finished, the riders will tackle a lot of uncategorised rises, including a 4km effort not long before the Sprint Point.

At 33km to go, the riders will be able to warm up for the summit finish with the Cat-2 climb of Alto Valdepeñas de Jaén. Again though, it is nothing too troublesome for the bunch; averaging a fairly lowly 4.8% for 8.5km.

Therefore, it seems that tomorrow is all about the Especial finish climb – Sierra de la Pandera.

As I was unsure of the official profile I just decided to make my own as per usual!

12.8km at 7.2%, it is a tough test to end the day for the riders. That gradient does include some false flat sections and even a couple of downhills. Therefore when the road is going up, the gradient is probably closer to an 8% average.

The key point on the climb though is most likely at the ~5km to go point. From there until the little descent, its is 4.3km at 9.8%. That is certainly steep enough for some gaps to be created; we saw what happened on Stage 11.

At 1km to go the riders will drop down for 500m before the road rises back up again to the finish line.

Once again we’re treated to the question of “break or no break?”

In theory, the stage is easy for some GC teams to control. Not an overly hard opening to the day, followed by a lumpier second half is ideal for them to keep the break on a tight leash. However, after Orica tried something on Stage 11 (that backfired) I’m not so sure if we’ll see anyone offer assistance to Sky early on.

Trek of course could try something but the Cat-3 and Cat-2 are nowhere near hard enough for Contador to drop his rivals. Plus, with one eye on Sunday’s crazy stage, I think most teams will be happy to see Sky tire themselves out by having to do a lot of the work.

Consequently, I think we’ll once again see the breakaway make it all the way to the line.

It won’t be simple to make the move though as the opening 50km are fairly straight forward, albeit rising, so we’ll no doubt have a fast pace from the gun again. This means that strong riders should find it easier to make the move compared to the lightweight climbers.

Conversely though, the end of the stage is much more suited to the mountain goats. It could be a case of one or two strong climbers make the move and in that case, they’ve lucked out. If that does happen, then a long-range attack might stick as no-one will want to tow the better guys to the foot of the climb.

Quick Step have been in sensational form this race so far and they’ll no doubt be in the hunt again tomorrow. They have DLC in a good GC position but the team is aggressive enough to send someone in the breakaway and potentially fight for stage glory. Mas was one of the strongest on the climbs of stage 6. He’ll certainly be a danger tomorrow if he makes the move. Rolling home today near the back of the bunch after doing some work early on, does he have one eye on tomorrow? 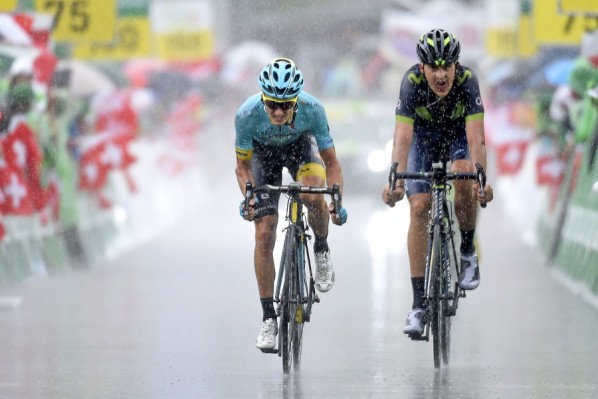 He’s taken some time to find his form in this race but he has been great the past few stages for his leaders. On Stage 11 he was instrumental in helping Aru lose as little time as possible on GC, eventually finishing 14th on the stage. It depends on how keen Astana are to defend their Team Classification lead, but they could well try to get someone up the road tomorrow. In his current form, Bilbao will be there or thereabouts come the end of the stage.

It has been an oddly quite Vuelta so far Costa. Something I didn’t expect before the race; I thought we’d see him in numerous breakaways. The only thing of note he’s done so far is that bold and ultimately pointless attack on stage 3. Nonetheless, he is a classy, classy rider and can’t be discounted.

I was staring at the start list and results for a few minutes trying to think of who else to include aside from obvious riders such as Majka (who might not even make the break on the flat anyway). So I just decided to stick with ma boy!

Should be close to the head of the GC group at the finish, and you don’t want to risk going for a breakaway pick.

It requires Astana to be bold and attacking to defend the team classification, but then also requires for the Basque rider to make the move. Yolo, as the young kids would say…You’re already sitting down in the bottom half of the table. Why not go for glory?!

Breakaway to win, but we will see some GC fireworks behind and a top 10 rider to lose quite a bit of time. As to who that may be, ask me tomorrow!

Rui Costa to take the stage win after being quiet all race. 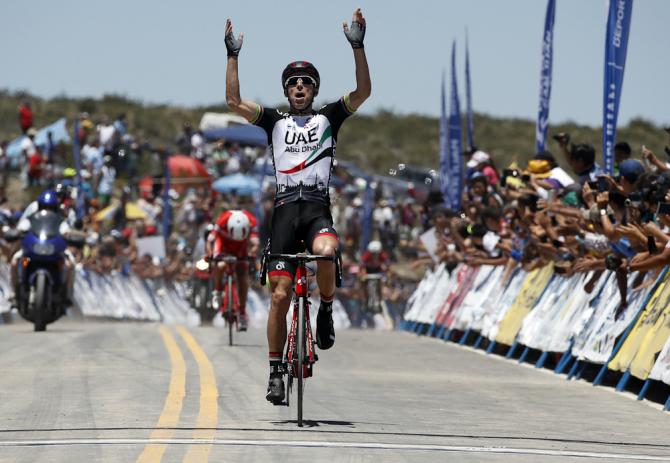 Spreading some pennies on the breakers but it looks a good day for some in-play action.

Thanks as always for reading! Who do you think will win tomorrow? Will the break once again make it all the way to the line? Or will the GC teams chase it down and go for the stage?