*Insert usual disclaimer about this being short, blah blah blah. Woke up late, missed all the live cycling today and I’m in a rush to complete this. Sincerest apologies, I promise a full length preview tomorrow evening!*

Not the large GC gaps I was expecting but stage winner and new GC leader Thomas now holds a modest 16 second gap over, third home rider of the day, Pozzovivo. It was Landa who followed the Welshman home to complete a Sky 1-2. They look ominously strong for the Giro. 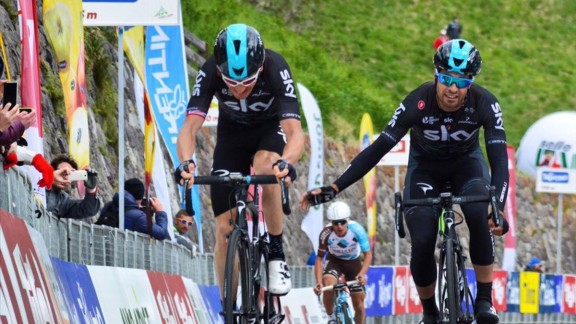 Let’s have a look what’s in store for the riders tomorrow.

An easier day in the saddle? Well yes, in terms of the finish, but there is still a lot of climbing throughout the day!

I imagine the break won’t go until the 14km long Passo Mendola and when it does, it will be a strong one. 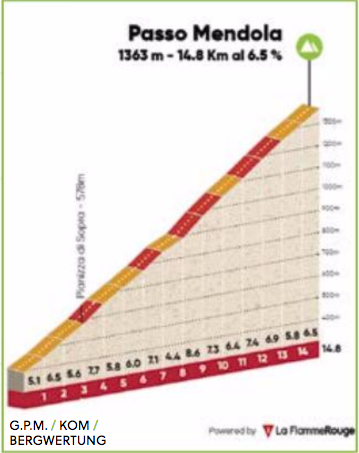 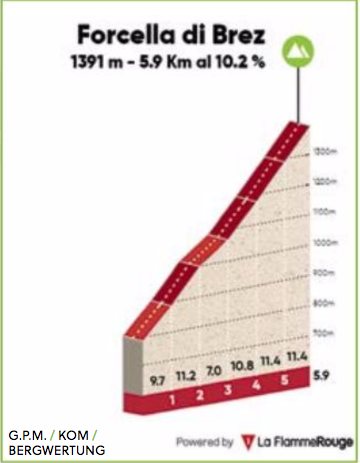 Brutally steep, it comes too far from the finish to be of any danger for the GC riders but it should see a selection in the break.

We then have a long descent before some more undulating roads, all the way to the finish line which is ever so slightly downhill. 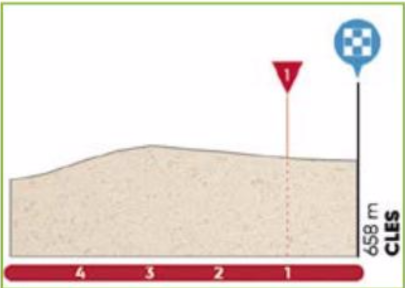 Will it be the scene of a reduced bunch sprint…

There is the possibility that some of the GC teams try and take control of the race and make it tough, but I can’t really see that happening.

It could stay together for a sprint, but that would require Bora to take control for Pelucchi and hope that the Italian makes it over the climbs. Given his track record, that’s also unlikely! Androni might try something for Gavazzi but they will most likely use their resources elsewhere, so… 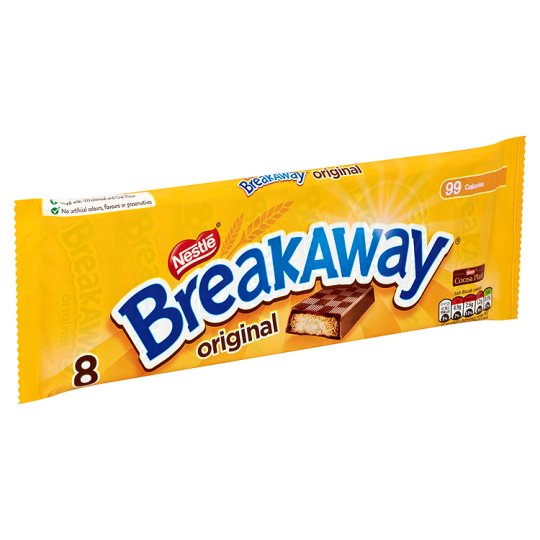 Like normal, I’ll through a few names into the hat on this lottery of a day. For the break not to be chased hard, then the rider will need to be at least three minutes down so that get’s rid of 27 guys. Only the 108 left to choose from then… 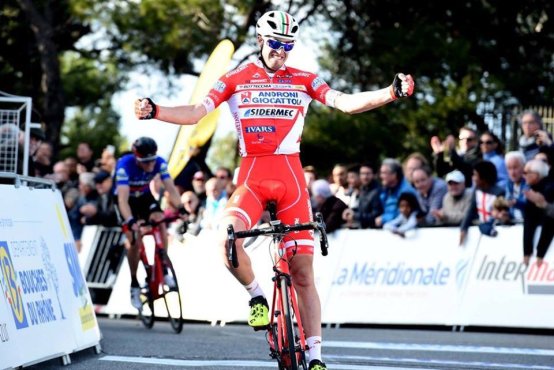 The former Baby Giro winner seems to have found his feet this season with Androni after failing to live up to his potential in the past few years at Lampre. He’s had a string of good top 10s this year and took the final stage in La Provence. At almost 4 minutes down he isn’t too much of a threat for the overall and I expect him to be attacking over the next few days and that could well be tomorrow!

The Bardiani rider infuriated his breakaway companions yesterday after refusing to work and then attacking just as the peloton was about to catch them. He seems in a sprightly mood and always manages to go well in this race. Way down on GC, he is an ideal candidate for a breakaway win. 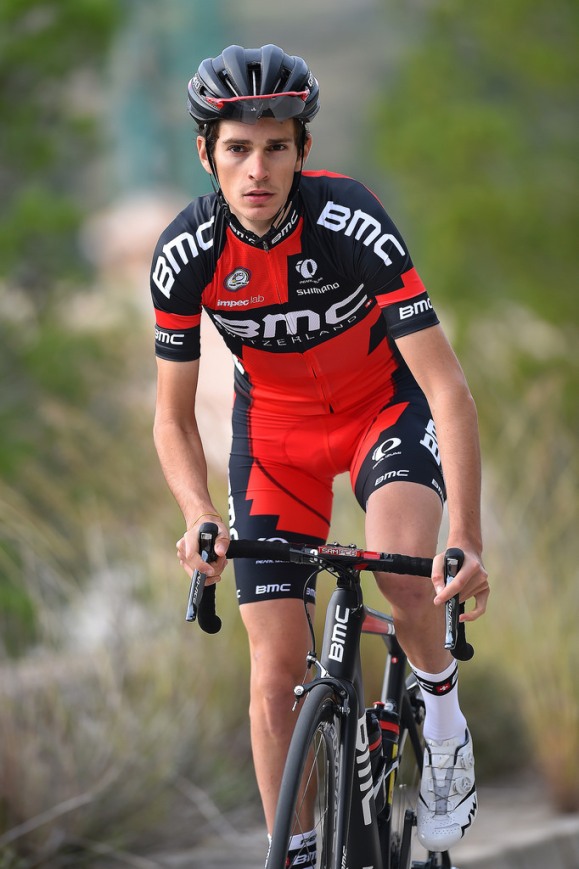 After taking the leader’s jersey in Valenciana, the BMC rider has had a fairly promising season, with his third place in Appennino being his best individual result. He looked good that day and with BMC’s best placed rider (Caruso) sitting 8th on GC, the American outfit will have the freedom to attack and chase stage wins. Senni is a good mix of being a good enough climber to get away, but also not being Dennis, because the Aussie is too big a name to let up the road.

Think I’ll just leave it with those three as I could go on forever giving arguments for other riders.

Breakaway stays away and I’ll go for a lively Pirazzi to take the win!

Thanks as always for reading and apologies again for another brief preview. How do you think tomorrow’s stage will pan out? Anyway,