A much more exciting stage but a disappointing one from the stage picks perspective. It was selective, but just not as much as I thought it would be. David De La Cruz won the stage after a great attack on the climb followed by a ballsy descent, saw him hold off a charging peloton! 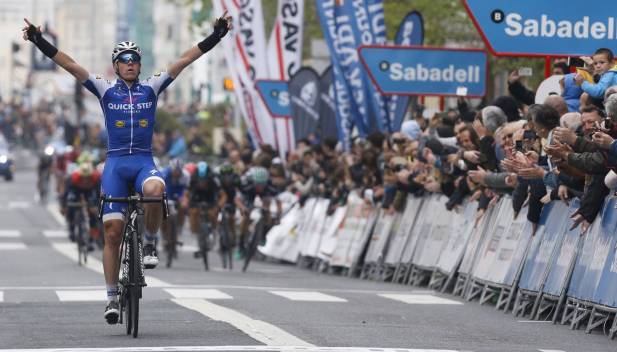 Kwiatkowski and McCarthy sprinted home to round out the podium.

As for Yates, he punctured at the most inopportune time just before the penultimate climb and that scuppered his chances for the day. Eventually coming home in the third group on the road. Bennett put in a few digs on the climb but couldn’t get the gap that was needed, and it wasn’t attacking enough for Contador.

Oh well, on to tomorrow! Let’s have a look at what’s in store for the riders.

Another rolling day, but not as severe as today’s stage.

There’s not much to talk about, with the main climbs being separated by enough road to make them inconsequential. The uncategorised first passage of El Vivero will certainly tire the legs before they tackle the full climb later on which crests with only 14.5km left.

So it looks to be a day all about the final climb. It is certainly long and steep enough to cause some issues if some of the GC guys go full gas up it. However, with 14.5km of shallow descending left will they want to put others to the sword, especially with a tough day ahead on stage 5?

We saw on stage 2 that the riders are quite happy to roll around on a club ride for most of the first half of the stage, which almost nullifies the end climbs.

Saying that, 4.6km at 7.8% is steep, so it is up to the riders to make it even more painful by being aggressive.

With the final 1km rising ever so slightly, a reduced bunch sprint here would be interesting to watch.

The riders do tackle a roundabout with 1km to go, but compared to some of the other finishes we’ve had the past few days, tomorrow looks relatively straight forward!

That all depends on the aggressiveness of Sky and Movistar I think. We have witnessed on today’s stage in particular that they are keen to take on the work at the head of the bunch and make things hard.

Tomorrow is another good day for the likes of Valverde and Kwiatkowski in a reduced bunch sprint, and the severity of the climb certainly opens it up for some GC attacks.

I would keep an eye out on a smarting Simon Yates after today.

Does the break have a chance?

There are sizeable enough gaps on the GC now for plenty of riders to get up the road and not be a threat in the grand scheme of things. Anyone that’s over 5 minutes down will probably be given some freedom.

Wellens lost a nice amount of time to be given some leeway. The Belgian seems to be an expert at making the right move and will be a real danger if he does. He started the season off in exceptional form but has went a bit off the boil since. Peaking for the Ardennes, you would expect him to be on an upward trajectory now so he’ll surely be targeting a stage here. Tomorrow could be that day.

Likewise, Pello Bilbao lost some time today. Thankfully I avoided backing him yesterday, but he’s also done some recon for tomorrow, so maybe this stage is truly his goal in the race. We saw Astana were attacking with Fuglsang so they will more than likely try to make the move again tomorrow. Bilbao winning in Bilbao?!

After gifting his bike to Valverde today, Gorka Izagirre lost over 14 minutes. He could be sent up the road if Movistar decide they don’t want to commit helping a chase all day. With a 4th place on GC in Paris Nice and an 8th in GP Indurain, he is certainly going well enough to compete if he makes the move!

Tough stage to call as anything out on the road could happen and it really depends on the attitude of Sky and Movistar. Without any bonus seconds, there is no real impetus to chase a break unless they really want a stage win. If they do that, then they have to ensure the pace on the final climb is tough enough to drop the likes of Matthews etc. If the pace is that high, then I think Simon Yates will make amends for today and squirrel off the front to take the win.

However, I think the break actually stands a good chance tomorrow and I’ll go for the main man, Tim Wellens! 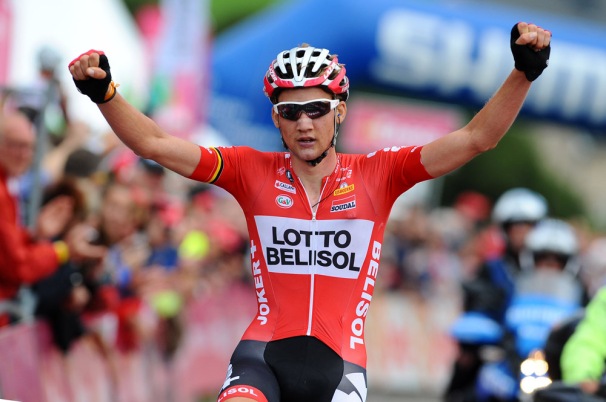 Not a day I want to get heavily involved with.

Thanks as always for reading! Anyway,