Last year saw this race take the step up to World Tour status along with a lot of other races in the cycling calendar due to the WWT. That meant that the field was even more stacked than normal and we had an incredibly tough, attritional race. 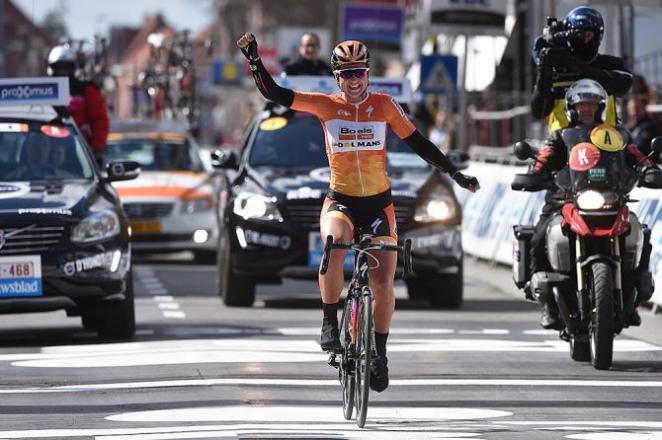 It was Chantal Blaak who attacked from far out, winning by a comfortable margin in the end as her Boels team-mates marked any moves behind. Lisa Brennauer and Lucinda Brand rounded out the podium over a minute down.

More of the same exciting racing this year? Let’s take a look at what’s in store for the riders.

The organisers have taken advantage of the increased race distance that was permitted by the UCI so this year the riders will have tackle 146km, compared to the 115km in last year’s edition!

The peloton will cover a lot of flat lands at the start of the race, but the most decisive section will be from 70-110km, when we tackle some climbs. Both cobbled and not! On the run in to home we also have some small rises that create an opportunity to attack. Even the flat run in can be a launchpad if we get a tactical finale. 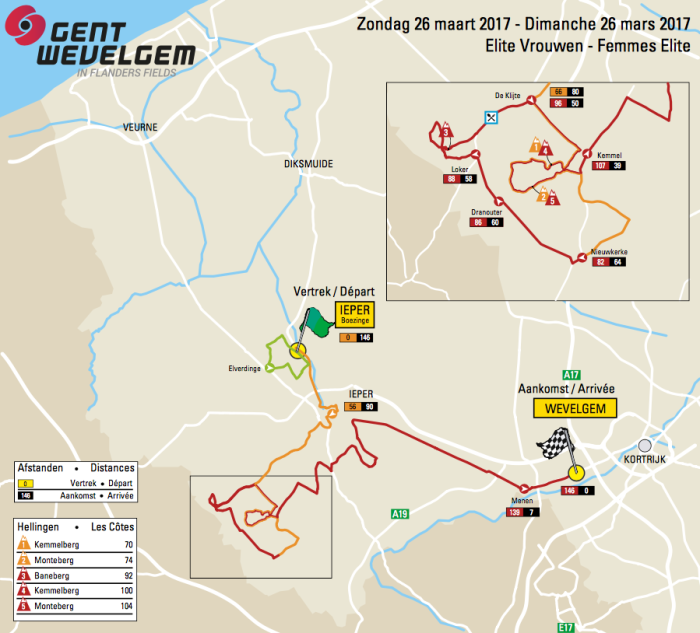 The run in to the finish line is pretty much pan-flat and dead-straight for the final 3km.

One of the major factors that can often play a part in the outcome of this race is the weather and in particular, the wind!

It looks as if we’ll get a fairly constant wind throughout the day, with some potential for stronger gusts. The wind direction means that a lot of the middle of the race will be crosswinds, but as the road constantly changes, so will the affect that the wind has on the bunch; cross, tail, head wind etc.

It looks as if the run-in will be a cross-head wind, which would not favour a solo rider. But after a tough day on the bike, there might not be much left to chase behind!

The defending champion, Chantal Blaak, arrives with a strong team on paper to support her. Yet, I am wary as to how well the Boels team will go because they had to pull out of Dwars mid-week due to widespread illness in the team. For example, Deignan has had to pull out of the race as she is still unwell. Blaak herself has yet to win this season, but she is very consistent over this type of terrain and I wouldn’t rule her out. Likewise, Amy Pieters has performed well but is without a win too. She pulled out Trofeo Binda due to not feeling well so she’ll be hoping to have recovered for this! World Champion Amalie Dideriksen picked up Boels’ first WT win of the season in Ronde van Drenthe and she may well be the teams best chance of another victory here. She is flying at the moment, and her sprint in the final of Van Drenthe was very similar to that of her male WC counterpart. 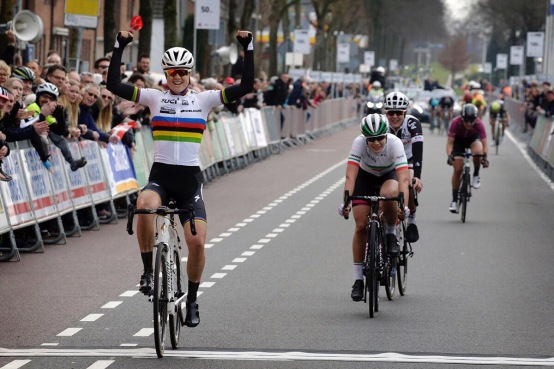 Team Sunweb have been my team of the early season so far. They’ve animated every race that they have been entered in and I expect more of the same from them tomorrow! In Brand and Van Dijk they have great options to attack early and try to force splits in the peloton, which I can almost guarantee they will do. Whereas, I imagine Rivera will shadow moves from other teams and be an option for the squad if we get a reduced bunch sprint. She is exceptionally fast and took a dominant win in Trofeo Binda, more of the same here?

Elisa Longo Borghini will be hoping to maintain her WWT lead after this race. The Italian has been exceptional this year so far, finishing inside the top 10 of all three WT events. However, she seemed to struggle here last year, finishing over 2 minutes down. Will her great form compensate for that? I think so. Wiggle also have the luxury of Belgian sprinter come cobbles expert Jolien d’Hoore who I expect to be there at the pointy end of the race.

Orica have been very active in recent races but are without a win to show for it. They once again bring an attacking team, with Van Vleuten, Spratt and Elvin they’ll be hoping to go better here. I would suggest that Van Vleuten is their best option!

After a 5th place in Dwars, Thalita De Jong has staked her claim for this race. The former Cyclocross World Champion loves tough terrain and I fancy her to go well here. Now riding for the Lares-Waowdeals she will be the de-facto leader and have the full support from her team. Can she cope with the pressure?

Another rider I’m keeping an eye on this season is Lotto’s Lotte Kopecky. The 21 year-old is a great talent and has featured near the front in all of the races she’s entered so far this year. Terribly unfortunate in Van Drenthe, crashing out of the lead group, I imagine she’ll be wanting to make amends here. With a good kick after a tough day, she’s not one to rule out!

There are several riders from other teams who I expect to feature in the top 20, but I don’t have enough time to go over them in-depth;

It will be another attritional race but the cross-head wind on the run in may be detrimental to lone attackers. Unless of course you are Ellen Van Dijk! Therefore, I think we might get a small sprint from around 5 riders and I’ll for a bit of an outsider; Kopecky to win. The extremely talented Belgian should have the speed required to beat her competitors at the end of a tough day! 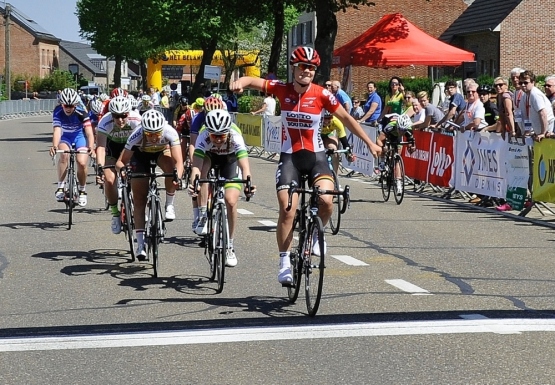 Thanks for reading the preview as always, and any feedback is greatly appreciated. Who do you think will win tomorrow? Unfortunately, there will be no live coverage but there should be highlights at some point. Anyway,

mytwospokesworth Final year student at the University of Stirling studying Marketing and Sports, with a passion for professional cycling.
Published March 25, 2017