An annoying day prediction wise. The peloton decided to take it easy, letting a small group get up the road, ensuring a sprint finish.

It was Sam Bennett who took an excellent win at the end of the stage, surging past his competitors to a comfortable victory! 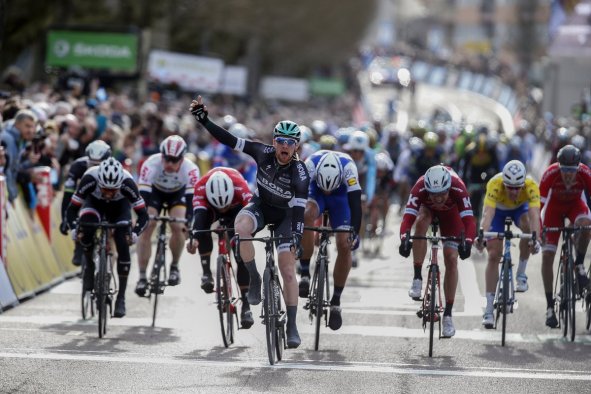 He finally has a big result to show for his good early season work. Certainly one to watch in Milan San Remo if Sagan isn’t feeling up to it.

Anyway, let’s move on to tomorrow’s stage and what was supposed to be the first GC shake-up of the race.

As is tradition with TTs I’ve made the route profile on Strava that you can view here.

The first two-thirds of the stage will be  fast. The riders start on a shallow descent before a false flat rise before they descend again towards Saint-Lager. A little kicker just as they come into town (800m at 4.25%) will slow their progress a bit before they then start the irregular climb up Mont Brouilly.

In my opinion, this year’s profile is correct in terms of average gradient, but the 2014 edition gives a much better idea of the inconsistencies in the steepness of the slopes. So yeah, you just need to combine the two really!

I’m really intrigued by this route. The start of it really favours those who are masters of the discipline and are able to power along on the flat, but obviously the finale is a fairly steep 3km climb where the climbers can make up ground. It’s a similar route to the traditional final TT that we see in Etoile de Besseges every year, but with a slightly harder final climb.

I wonder if we’ll see any bike changes?

Another thing to consider is the weather.

We should get roughly similar conditions all day, although those who start later may benefit from a slight drop in the wind speed. I’m also particularly interested in the wind direction, as it looks to be a head/cross-head wind for the majority of the “flat” section. This certainly won’t help the small climbers, favouring the strong TTers. Once we get onto the climb itself the wind direction will change a lot due to the several hairpins the riders go round, but it will mainly be a crosswind.

As I mentioned above, this stage reminds me a lot of the final TT we get in Etoile de Besseges ever year, except with a slightly harder climb. Riders who’ve won there in the past few years include; Gallopin (2017), Coppel (2016), Jungels (2015), Ludvigsson (2014).

A variety of riders, although they all fit roughly the same mould. Guys that are good climbers (not mountain goats) but they are also very solid on the flat.

Now the debate I’ve been having with myself for the past half hour or so is if the slightly steeper climb negates the strong flat start that we have. Then you throw in the potential for a head-wind which hinders the climbers more and I’m back at square one! Right, I’ve made my mind up…I think…

Porte could go crazy on this day and smash the TT, or he could quite easily keep his powder dry for later in the week and go for a mountain stage instead. He’ll have lost a bit of confidence in himself after the first two stages but tomorrow presents a good opportunity to relight the spark. I think he’ll struggle in the first part but dance up the climb. Will that be enough to take the win?

Contador will fare similarly to Porte but he’s in the position where he’s at least guaranteed to give it 100%. The flat section into the headwind will be tough but he’ll love the climb. However, I think there will be riders who will go better than him on the day.

Two of those are very similar; Zakarin and Izagirre. They both need to make up some time after losing a minute on the first day. The pair of them are solid TTers on the flat and are obviously good climbers too. They in theory should have a lead over Porte/Contador going onto Mont Brouilly. If they have 10 seconds at that point then they have a great chance of taking the stage!

Gallopin isn’t known for his TT ability but he did take his first professional victory in the discipline at Etoile earlier in the year. Obviously going well in this race, making all of the splits so far, he is a real danger-man for stage honours. With the climb only being 3km long he should be able to put out power close to that of the proper mountain goats. I’m very intrigued to see how he does.

You can’t have a TT preview without mentioning Tony Martin. The World Champion has had an up-and-down start to the season; winning a stage in Valenciana, coming second in a TT in Algarve but crashing heavily in Kuurne. He also crashed in yesterday’s stage but it supposedly wasn’t anything too serious, however, it’s yet to be seen if he’s back at 100%. I have been impressed with the bits of work he’s done at the front of the race, particularly on stage one. He looked really strong there, single-handedly closing the gap to the group up front by around 30 seconds. The climb at the end might be an issue, but he was going well uphill in Valenciana for his stage win!

I don’t think Alaphilippe will go well here. That’s all I have to say about him!

Lampaert might get involved in the top 10, but he could also be told to save himself for team duties later in the week. Kruijswijk is very hot or cold in TTs and could pull something out of the bag tomorrow. As a super joker, I’m going to keep an eye on how Michael Matthews does. In theory he should be strong on the flat and the climb won’t be too challenging for him, it all just depends on how he approaches the day. He was impressive on a tough course in Switzerland last year!

I’m still not entirely convinced about what way this is going to go. Which hopefully should make it a great time trial to watch! But I think the head-wind at the start of the stage will have a larger impact on the small climbers, than the climb at the end will have on the bigger all-rounders at the end of the day. I’ll go for the World Champion (Tony Martin) to take his first victory of the season in his Rainbow Bands! 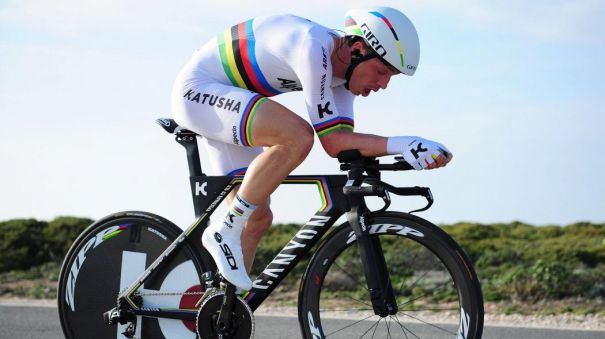 Tough stage to call and not one to get heavily involved with.

1pt EW Martin @ 9/1 with Betfair/PP (Would take the 8/1 available elsewhere). My thinking behind going EW is that he hopefully should at least place and we get some kind of return.

Thanks for reading my third preview of the day, I’m sure it’s been a slog for you! How do you think the TT will play out tomorrow? Will it be a GC winner or do the specialists have a chance? You can read my Tirreno previews on the site if you haven’t seen them already! Anyway,