This will be short and sweet today as I need to get two previews ready before work. Apologies!

The second part of our opening weekend double header is Kuurne – Bruxelles – Kuurne, or KBK for short!

With Omloop traditionally being the harder race, where those hoping to feature in the likes of Flanders and Roubaix later in the year want to test their legs, KBK tends to be more of a race for the sprinters.

Will we get another surpise this year, or will the sprinters come out to play? Let’s have a look at the route first of all.

Rolling parcours to start off with but a flat run-in to the line.

Once again credit must go to @LasterketaBurua who made the following profile.

We do make the iconic ascent of the Oude Kwaremont but there is a good chance that it will be too early to make a difference.

It does twist and turn before the finish on the local laps, like almost everywhere in this part of the world, but it’s nothing crazy! There is a sharp turn with around 650m to go and this will see a fight for position in the bunch but the riders should traverse it ok.

Overall, the parcours of the race isn’t too tough, but that all depends on the attitude of the peloton and the weather…

Similar conditions to today, but there is ever so slightly more chance of rain.

Like today, it looks as if we could get some crosswind sections out on the course with a SSW wind.

It is possible to make the going tough!

Aside from last year, this race is traditionally a sprinters race. Yet, with the change of the UCI Calendar this year, there are a lot of sprinters away in Abu Dhabi just now; so are we going to see the same impetus to keep this together for a bunch sprint?

Today in Omloop we had a lot of crashes with the likes of Boonen and Kristoff involved. As I’m writing this, it’s not been confirmed how serious these crashes were but if those two aren’t in tip-top shape then the sprint field is lacking some strong contenders.

If Quick Step lose their main guy for a sprint, and with them being relatively poor today, I’m sure they’ll be attacking tomorrow. They won’t want to have a quiet opening weekend in the Belgian classics so I expect them to be aggressive. Likewise, this could possibly be said for the likes of Sky and Trek who would have been disappointed with the outcome from today. They will both have sprint options, but would also be welcome to the possibility of a reduced group of strongmen getting away.

Nonetheless, like for my Omloop preview I’ll throw a few names into the hat for a breakaway win and this list certainly won’t be exhaustive. 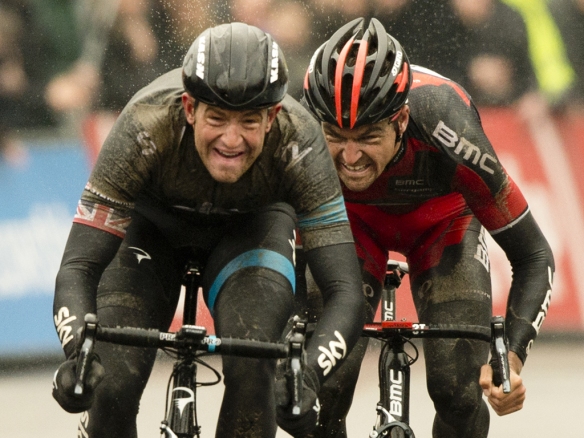 Sky will be kicking themselves after today. They looked in a fantastic position, having 3 riders in the front bunch of about 20 that had regrouped after the Taaienberg. After that they fell asleep as our podium from today just rode of the front, along with a few others and that was that. They do have Van Poppel who certainly could be up there in a sprint but I imagine we’ll see some aggressive action at the front from them. Stannard looks the ideal candidate after a relatively quiet finish to his race today so he should be fairly fresh. An ox of a rider who seems in good form, his diesel engine will be of great advantage to any escape!

The very talented, often overlooked, young Belgian might get a bit of leeway tomorrow if Boonen isn’t feeling 100%. In fact, Lampaert in his junior days was often compared to Boonen himself! As I’ve said above, I think QuickStep play this very aggressively tomorrow and Lampaert might just be given the nod in a “lesser” race. A strong time trialist, cobbled rider and packing a good punch after a tough day, Yves is certainly not one to be discounted if he makes the selection!

See, not exhaustive at all 😉

I’m not going to run through all of the riders for this situation either, but there are two that I like.

I liked him for today and he finished reasonably high up, he just lost too much time on the Taaienberg and that was it for the day. Whether the time was lost because he was held behind the crash or not, I’m not sure! My reasons for liking him for tomorrow’s race are similar to that of today; he’s fast, on great form and loves the cobbles. He has previous form too at this race!

The Orica rider is fast becoming a very good semi-classics rider. He was up there today in the second group on the road for a lot of the race, eventually finishing in 16th place. No slouch either, he would probably prefer a hard race to knock the stuffing out of some of his opposition’s legs. Clearly on good early season form, picking up two wins already, he is a force to be reckoned with!

I think this will come back together for some type of sprint at the end. How big though? I’m not sure, but Demare will be there anyway to take the win! 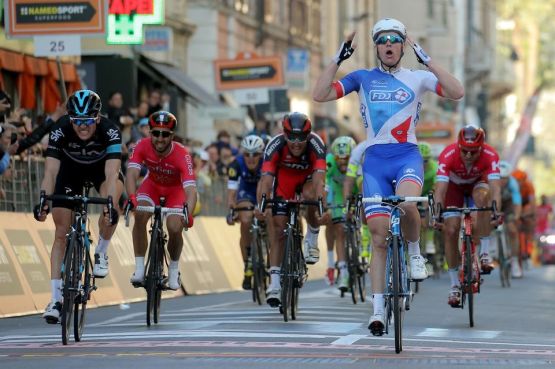 If we do get some kind of attacker, I’ll go for Lampaert as my cheeky side-bet. (As Kirby would say).

My H2H confidence has been shook after today, so I’ll be avoiding them tomorrow.

Thanks for reading like always! How do you think tomorrow’s race will pan out? Hoping for some exciting action again. Anyway,

mytwospokesworth Final year student at the University of Stirling studying Marketing and Sports, with a passion for professional cycling.
Published February 25, 2017February 25, 2017