A very messy end to a rather dull day.

It was Mark Cavendish who took a reduced sprint ahead of Greipel and Bonfiazio, after there was a crash in the closing kilometre that took out the likes of Kittel and Ewan. 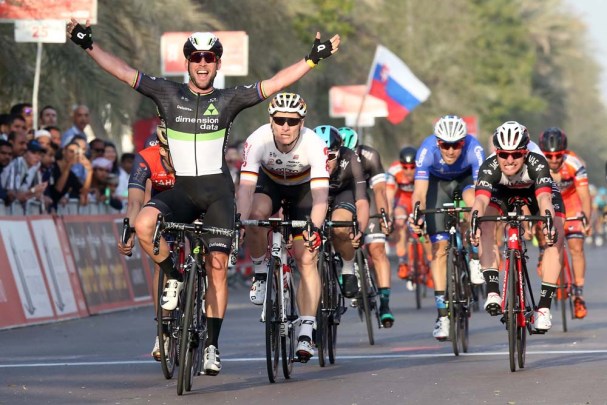 Viviani came home a disappointing fifth but at least the H2H won so a small profit on the day.

It was a rather annoying result considering I’d backed Cavendish hand over foot in Dubai, but I was waiting for stage 2 this race. Oh well, that ship has sailed now!

Tomorrow the sprinters will get another chance at stage glory, so let’s take a look at what lies ahead.

A trip around the suburbs of the city, finishing along the Marina.

Parcours wise, it’s once again incredibly flat. What else would you expect though?! 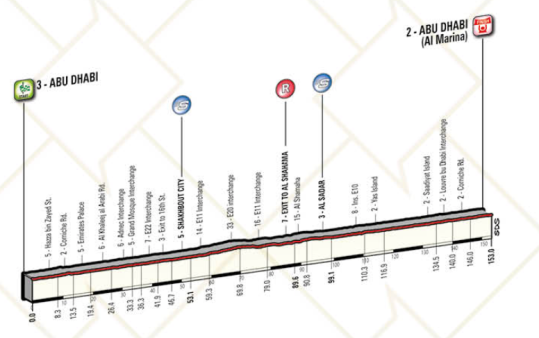 So like stage one, it’s down to the closing few kilometres to make the race exciting as there is no chance of crosswinds causing any issue here.

This exact finish was used on stage 2 of last year’s race so the riders, and us the viewers, have a rough idea what to expect. 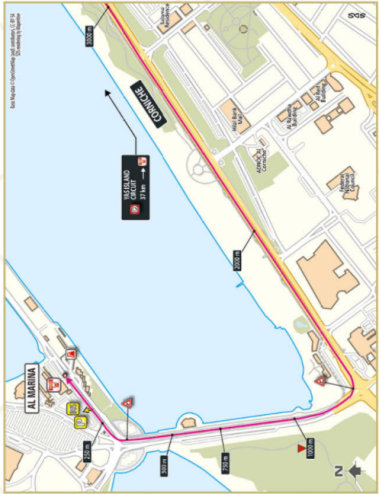 We shall see a race to the first swooping right hand turn at 1.3km to go, but it’s not too important to be right at the front here. However, you need to be making your move to the head of the peloton by the flamme rouge.

The reason I say this, is that last year they implemented some barriers (at roughly the 600m to go banner) to narrow the road from 4 lanes to 2. This obviously then makes it more difficult for teams to move their sprinters up after that. Now, I don’t know for certain if that will be the case again this year but I’m willing to guess that it more than likely will be.

We saw today that they implemented similar barriers in the last kilometre so there is a very good chance they’ll feature tomorrow.

Then, we have another relatively tight corner at 300m to go, before the dash along the finishing straight to the line.

Cavendish and his Dimension Data team got it perfect today. They always looked in control in the last 3km, moving to the front at exactly the correct moment. Some luck was on their side as Renshaw and Cavendish managed to avoid the crash, but that’s not to take away from a great performance. They’ll certainly be full of confidence now looking ahead at the rest of the week and I wouldn’t discount Cavendish picking up back to back wins!

The rider who got closest to the Manxman was Greipel. He managed to match him for speed, but was never really able to pull up alongside him once he moved out of the slipstream. If it was the opposite way round I wonder what the outcome would have been? I think they’re as close on form as this result suggests. 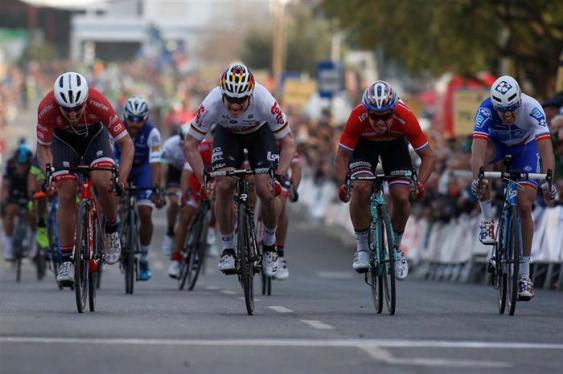 Unfortunately we didn’t get to see Kittel sprint it out today. His team did a lot of work on the front, and although they were hideously unorganised from around 3->1.2km to go, they seemed to have things together approaching the Flamme Rouge. That was until a touch of handlebars saw them go down. With the same numbers left as Dimension Data, would they have challenged them in the drag race to the line? I think they would have been very close! Kittel’s wounds seem superficial and he’ll be fired up to exact revenge tomorrow.

Ewan also went down in the crash which is also a shame, particularly considering that their lead-out looked very promising. On the instant replay it looked as if Ewan was one of the worst hurt, but he managed to get up and finish the stage. However, he is still going to the hospital for precautionary scans so as of yet we’re unaware as to the extent of his injuries. Even if he doesn’t get involved tomorrow, I’m sure he’ll try to solider on and compete on Sunday. After all, he is a tough little fella!

Viviani disappointed today, although he did start his sprint from far back in fairness to him. However, with his main lead out man suffering some injuries today, he may be left in an even worse position come tomorrow.

I was impressed by Bonifazio and Consonni‘s ability to negotiate the mayhem, particularly the neo-pro, who performed ahead of his years. Yet, I don’t think they’ll do any better tomorrow. If they can sneak into the top 5 again then that would be great!

One random sprinter might sneak into the top 5, but I’m not going to hazard a guess as to who.

An angry Kittel = a fast Kittel.

He’ll carve through this field like a hot disk brake through shoes! Oh, too soon? 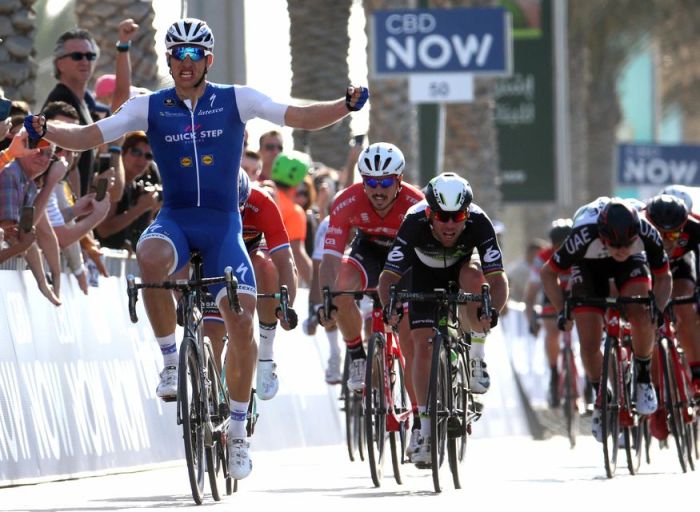 No value in the stage betting market IMO. I like the look of this 1.25/1 double though… 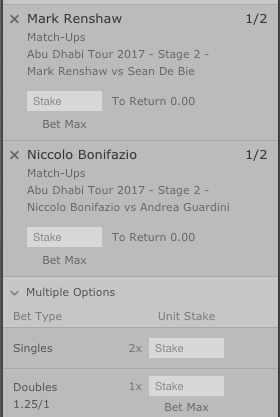 Cavendish’s train is better than Greipel’s, Renshaw should be dropping Cav off further ahead of De Bie. Would fancy him to roll home ahead.

Guardini not at the races today whereas Bonifazio got involved. The latter seems to have had the better start to the year as well.

Thanks for reading and as usual any feedback is greatly appreciated! Who do you think will win the stage? I’ll be back with a double preview tomorrow with Stage 3 of this race but also Omloop. More than likely it will be Omloop out first, some time in the afternoon, followed by Abu Dhabi in the evening. Anyway,