The riders are certainly spoilt for choice at this time of year for stage races to compete at! This year is the 43rd edition of the Volta ao Algarve, but this is the first time the race has been given 2.HC status. Much like it’s competitor in Spain, Algarve has a varied profile with a couple of sprint stages, 2 summit finishes and an individual time trial. 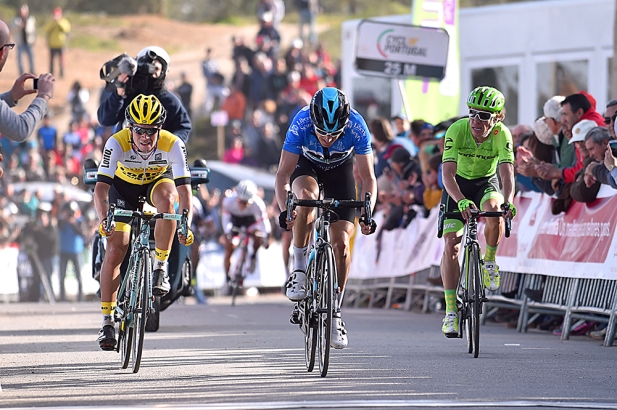 For the past two years Geraint Thomas has won the overall, however, he won’t be returning this year to defend his title. That doesn’t mean the race is lacking in talent though and we still should see a good fight for the overall GC. First though, let’s have a look at what is in store for the riders.

Stage 1 should see an opportunity for the sprinters to fight it out for the win and the first leader’s jersey. 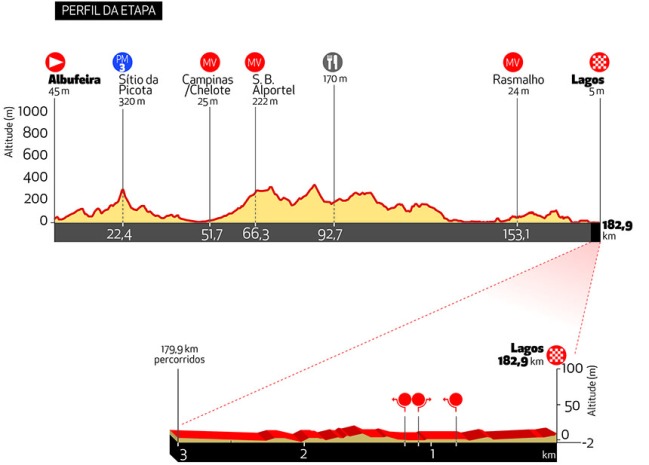 Stage 2 and a summit finish at Alto da Fóia. 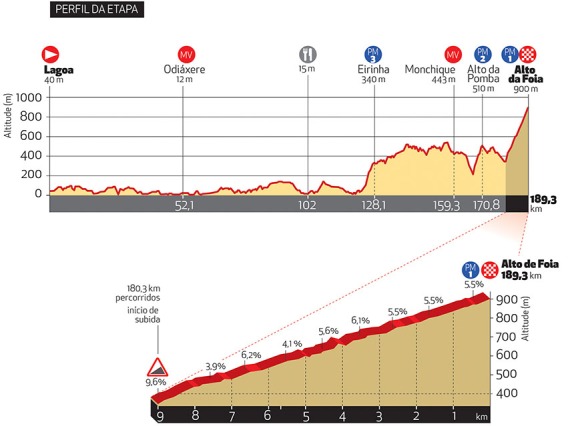 This is the same finish that we had last year, on which Luis Leon Sanchez won the day. It’s not an overly difficult climb, with the steepest section coming right at the start. Don’t expect the time gaps to be too big here!

Stage 3 see an individual effort against the clock.

Another copy of a stage from last year, this is a very flat TT and suits the power riders. Climbers can lose a reasonable amount of time if they’re not in good condition.

Stage 4 will give the sprinters who missed out on stage 1 another opportunity to go for the win. 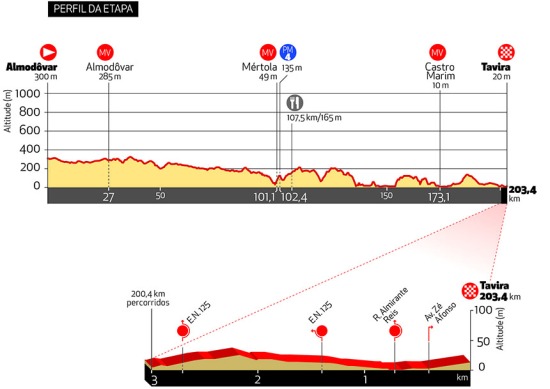 Stage 5 presents one last chance to shake up the GC. 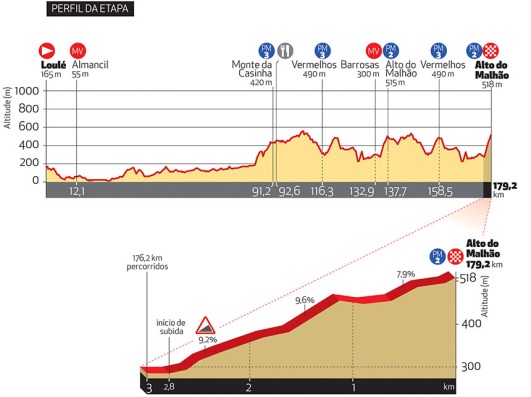 Contador danced away from everyone here last year but it wasn’t enough to take the title away from Thomas. Will the stage winner manage to take overall glory this time round?

It would be harsh to call this a second-rate GC field compared to the likes of Oman and Andalucia but that’s close to what it is. Don’t get me wrong, we still have some great talent here and some riders who can spring a surprise but there are no Grand Tour winners on the start line.

Dan Martin arrives here as arguably the best one week stage racer. He’ll like the look of the two mountain-top finishes, especially the steeper/irregular gradients of Malhão. However, the TT could be of detriment to him but he’ll be thankful that it’s only 18km long. With some racing already in his legs, he has to start as one of the favourites for this race! 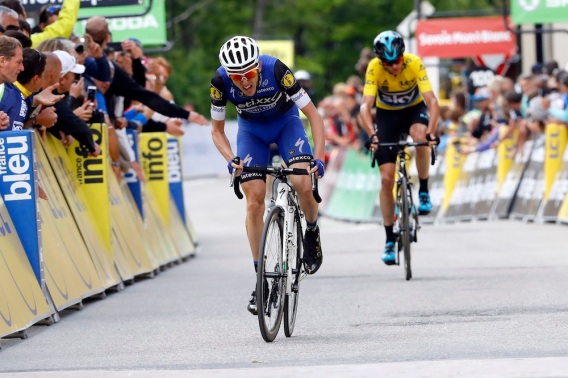 Astana come here with two potential leaders in the shape of Luis Leon Sanchez and Scarponi. The former won the opening mountain stage here last year but struggled for the rest of the race. He is capable of a top 5 in good form, and the TT should be of advantage to him. As for Scarponi, on his day he is arguably one of the best climbers in the world. However, those days seem to only come during the Giro! Nonetheless he still may surprise and get a top 5 on one of the stages.

I expect Andrey Amador to be Movistar’s GC contender here and on paper he has a decent chance. A very solid all round rider this will be one of the few times he gets leadership duties this year. My only concern is that he’s an always “kind of there” guy and not a winner, he does only have one pro win to his name after all. Could that change this week?

A rider yet to pick up their first professional victory is Tiesj Benoot. It might be a bit odd to name him as a GC contender but he did climb exceptionally well here last year and with the sparsity of the field he has a chance of a top 10. He would need a lot of luck to get a lot higher up than that. His team-mate Gallopin is also in with a chance of a good result here. Finishing 2nd on GC at Bessegès recently, he took his first ever pro TT win along the way. This indicates to me that he is in rather good shape and a top 3 is firmly within his grasp. 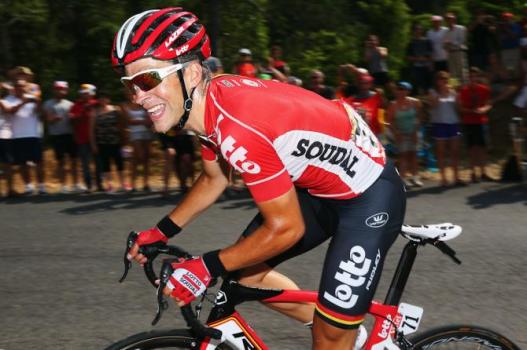 After arriving late to the sport, Primož Roglič certainly had a very good first year in the World Tour ranks, managing to notch up a stage win at the Giro and a 5th place on GC at this very race. This year he’ll have his sights set further up the pecking order! A disastrous opening day in Valenciana ruined any chances of a good GC there, but he recovered to pick up a 3rd place and 5th on the Queen Stage so the form clearly is there. He should gain time in the TT and it will be hard for his competitors to gain it back!

Kwiatkowski would once be the clear favourite for a race like this, in fact he won here back in 2014, but he has since gone off the boil in these types of races after joining Sky. However, he did seem in OK shape in Valenciana and due to his sheer quality you can’t rule him out going well if he’s fired up for this one.

Tony Martin could go well here like he has done in the past. There is the possiblity that he beats everyone by 30 seconds in the TT and holds on on the final stage, but I just can’t see that happening.

As for others who might get involved in the mix, I’m intrigued to see how Spilak, Guerreiro and Antunes go. 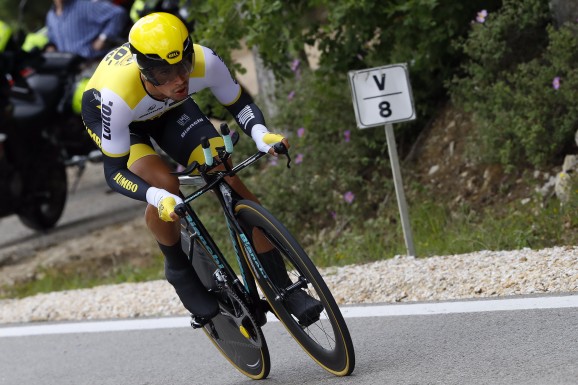 Gallopin to finish somewhere on the podium too.

Looks as if Algarve isn’t going to be priced up anywhere aside from SkyBet and they might not even to stage bets. Going with what I wrote in my RdS preview;

Once again, thanks for reading and any feedback is greatly appreciated! Who do you think will win here? I’ll be back again tomorrow with another double header of previews, with both the first stages of the European races. Anyway,