Well, it’s been a busy week with a lot of racing. We’ve not only been treated to Amstel and Fleche but also Tour of Croatia and Giro del Trentino. However, it’s now time for the main event; Liege – Bastogne – Liege.

The only Ardennes to be classed as a Monument, this is by far the most demanding of the races and the most prestigious to win. “La Doyenne” (The Old Lady) started way back in 1892 and several of cycling’s biggest names have won this race such as Merckx, Argentin and Hinault.

More importantly, from a fans perspective, it is in my opinion easily the greatest spectacle of the three races. Unlike Amstel and particularly Fleche, this race doesn’t always come down to a sprint up the last climb and there are a lot of attacks throughout the day which could feasibly be the winning move.

On that note, let’s look at the route for this year’s edition and where these attacks might be made.

At 253km the race is slightly longer than Amstel (248km) and significantly longer than the mid-week Fleche Wallonne (196km). It starts of rather innocuously on the way to Bastogne with rolling, “flat” terrain for the first 100-odd kms. However, these kilometres are just a warm-up before the turn for home and the more action-packed second half of the race. It’s once the race reaches the 90-ish km to go point that the categorised climbs start to become more regular.

The first five of these will wear down the legs of the riders and we might see some favourites who are having an off-day start to struggle on La Redoute with just under 40km to go. At this point the break won’t be too far ahead (if at all) and I expect to see some satellite attacks by strong second/third tiered riders to make the pace even higher or, so that they’re out the front once it gets even more difficult over the Côte de La Roche-aux-Faucons. I expect someone like Steve Cummings to have made his move by the time we reach that climb.

Roche-aux-Faucons is a tough little climb, 1.5km in length with an average gradient of 9.9% or 1.3km at 11%, depending who you listen to and what you go off. This will get rid of any strugglers in the peloton and only the strongest will be left near the front once the climb is crested. There’s even about a kilometre of un-categorised climbing after a short descent, this really puts the hurt on! From that point, there is a fast run in to the bottom of the penultimate categorised climb: Côte de Saint-Nicolas. Another tough ramp, 1.2km at 8.6%. Some strong attackers could make a move here.

This used to be the final climb, however, for 2016 the organisers have decided to change the route slightly removing a climb (Côte de Stockeau) that was about 75km from home, adding in the Côte de la Rue Naniot which crests with just under 3km left. This will surely add to the excitement in the finale, creating a launchpad for those left in the front (if there is a group) who don’t fancy themselves in a sprint up to the finish line. The riders who’ve ridden this climb today seem to think it will have a big role to play in the race…

Once over the top of Rue Naniot, there is a short descent and flat before the final kick up to the finish line. Which although not categorised, is actually fairly steep for around 1km and gaps can occur here. Dan Martin made a race-winning move here during the 2013 edition, dropping Joaquim Rodriguez with around 400m to go. Whereas in last years edition, Valverde marked attacks fantastically and was once again the best on this finish. Same again this year?

There’s been a lot of talk of some snowfall on Sunday, however, at this moment in time that doesn’t seem to be the case. The riders will be glad to know it’s just forecast for rain and a high of 7˚C…ha! 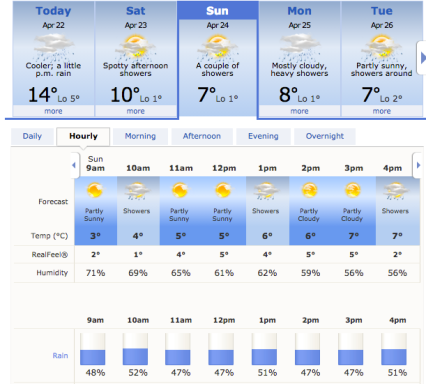 For us, that should make the race even more of a spectacle! It will be harder for teams to control the attacks and we’ll see the cold-weather specialists come to the fore. Having numbers in the finish will be important, it will be a real race of attrition.

The bookies have the first 3 from Fleche occupying the top 3 in the market (in a slightly different order), with Valverde a strong favourite ahead of Dan Martin and Alaphilippe.

I can understand why these three are the market favourites. Valverde has been Mr Consistent as usual this season and is always in form. Both Martin and Alaphilippe performed well mid-week, with the former a previous winner and the latter going well last year it seems obvious. And in a sense, the bookies are right. However, with the potential bad weather, i couldn’t advise anyway to back them with any real confidence, so it’s a no from me. Admittedly, I wouldn’t be surprised to see any of them there at the finish, sprinting to victory and making me look like a mug but from a betting stance, they’re not value unless you want to risk a lot.

I wouldn’t touch Gerrans or Kwiatkowski with a barge-pole either. Two riders who I have backed this season and had successes with so far but again I can’t back them here. Gerrans was good at the start of the season, but hasn’t been convincing since. Kwiatkowski has been in similar form and was dropped early at Amstel and I’ve not seen anything to suggest he’ll recover for this. Even though it is the race that suits him best.

Moving on from this, let’s talk about what the first “L” in LBL stands for…

There has been one rider so far in these Ardennes races that has consistently been attempting to squirrel off the front in the final 20km. That man is Tim Wellens. With the weather on Sunday looking to be poor, the Belgian will look to capitalise on conditions that suit him very well. Just look at his back-to-back GC wins at the Eneco Tour for proof of that! This race suits him better than the previous two and if there are a lack of numbers/teams willing to chase then I don’t think they’ll see him until the finish line. I have him at 36/1 but I’d suggest that the 28/1 with Coral, paying 4 places, is definitely value.

Warren Barguil has seemed to fly under the radar coming into this race. After recovering from the horrific crash that decimated the Giant Alpecin team at the start of the year, he has slowly produced good results and his form is building. 3rd on a stage at Pais Vasco, 15th at Amstel and 9th at Fleche. He’s done well in long classics before, such as his 9th place at San Sebastian in 2015. I personally think he’s climbing better than ever and will definitely be around the top 10 on Sunday, and with right move and a tactical race he could go on and win. Furthermore, he’s got a good kick so if the group is small (around 5) he could even win from a sprint

B could also stand for Bardet, who has been climbing well and looking lively at Giro del Trentino. He’s currently available around 33-40/1. I had money on him last year but haven’t backed him this time round. Will I come to regret it?! Hopefully not!

It’s not just Wellens who won’t want to wait around until the final climbs. I’ve just finished watching the final stage of Trentino and one rider who has impressed me an awful lot is the Dane, Jakob Fuglsang. He was 9th in this race last year after attacking earlier and ending up in the front group at the finish. At Trentino he seemed effortless over the climbs and he certainly is one that doesn’t mind the bad weather/a tough race either. His second on stage 5 of the 2014 TdF exemplifies that. He could be a rider like Wellens who could get away around 20km to go over Côte de La Roche-aux-Faucons for example. With the way he is riding I think few will be able to cope with him. Originally I thought Nibali would be Astana’s trump card here, but he seems to be taking things easily at Trentino. Now that could be bluffing for this race or he might be going for a more gradual build up to the Giro. With the potential bad weather here I don’t think he’ll want to take many risks.

Therefore, I think Fuglsang will get the role of leader for this race, with LL Sanchez and Diego Rosa as his supporting riders. As i said earlier, having numbers in the end will be key. Astana could have even more left at the end if Nibali turns up and isn’t out for a training ride. A dangerous team, the Shark copes well in the rain! However, Fuglsang is still available at a MASSIVE 80/1 in some places, with Coral even offering 4 places… 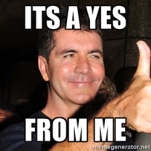 Away from those mentioned above, I haven’t backed any one else for this race. It’s hard to find value at the top of the market unless you bet big and I can’t personally advise that to you.

I think the race will buck the recent trend and be won by a solo rider. It may not be much from a group behind, lets say 5 seconds or so. On that note, this market offered by PP could provide a good bet

The winner may well be a rider that I’ve not even mentioned so far but I’d be here for a while if I wanted to list all the possible outcomes. The likes of Sammy Sanchez and Rui Costa both go well in these races and in bad weather so are ones to watch out for.

Therefore, the three riders I’ve said above (Wellens, Barguil and Fuglsang) are definitely worth a little investment, you should get your money’s worth from them!

It’d be boring if I don’t suggest an overall winner and sat on the fence. So in that case, our 2016 Liege-Bastogne-Liege champion will be the Belgian, Tim Wellens. He’ll get the timing of his attack right for once and take the victory as everyone looks on from behind!

*Although from a personal point, Fuglsang returns the most for me, I’d like to see Wellens finally get the big win he deserves.*

With the rain and cold weather forecast, it will only excite the race even more than previous years. The introduction of the new climb close to the finish creates a new dynamic, and I think this will be one of the best, most attacking editions of LBL in recent years! Unlike the riders, I’ll be sat dry and cosy on my couch watching on, hoping to witness a classic.

Hope you all enjoy the race wherever you’re watching it from! Anyway…

mytwospokesworth Final year student at the University of Stirling studying Marketing and Sports, with a passion for professional cycling.
Published April 22, 2016April 23, 2016