I should never have doubted him for a minute!

Valverde won the stage easily, ahead of Froome and Contador. With the stage win and his 21 second gap back to the Brit, the GC battle is well and truly over for the week. Let’s have a look at what’s in store for the riders tomorrow.

Another rolling day in the saddle. What else can do the riders expect in this region though?!

After a few kilometres of flat right from the gun, the riders will then face the long and gradual Cat3 ascent of the Alt de Bot. This certainly looks a good place for a breakaway to be let go, but considering that everyone knows that it typically won’t be! Instead, it might be the rolling terrain afterwards and around the 4okm at Gandesa where the correct group of riders are finally let go.

More, you guessed it, rolling terrain follows. Before we have three categorised climbs in quick succession. None is tough enough to cause splits in the peloton, but they could do some damage to the break. Especially if there are some riders up the road who don’t want to have a sprint at the end of the day.

We have a descent almost all the way to the line once they have traversed the plateau after of the final climb, although admittedly, some of the descending is more false flat than downhill.

The road does rise up in the final few kilometres but it averages over just 1% for the last 2km so nothing too serious. We do have a roundabout at 500m to go which could be used as a ploy for a late attack from the break.

I think you’ve guessed it by now…

Names in a hat? As long as they are no threat on GC Movistar will be happy to let them go. That pretty much means anyone outside the top 20 so we have a lot of riders to choose from! Once again, I’ll suggest a few names that might give it a go.

The Wanty rider seems to be plodding along quite nicely in this race and is climbing as well as I have seen for a while. Traditionally more of a puncheur, he only finished 15 seconds behind Van Garderen on today’s summit finish. If he gets in the break and can cope with any attacks on the final climb, he has a good chance of winning a sprint!

I highlighted him on stage 1 and he did the preview justice on a day I was completely wrong, by giving it a little nudge off the front. He lost 5 minutes today, but considering he was one of the last Sky riders in the front group on Stage 3 I doubt that those losses will be due to bad form. Saving himself for tomorrow?

The Italian was suffering from illness not that long ago, but he’s still racing here which makes me think that he’s now over his bug. He made the break on stage 3 but dropped back to the peloton, but I think that was because teams were still unsure if he was a threat on GC. Or, maybe he is still ill! Nonetheless, he is way out of contention now and the final climb and finish suit him perfectly if he’s back to full fitness. That’s a big if, but it’s a risk I’m willing to take! 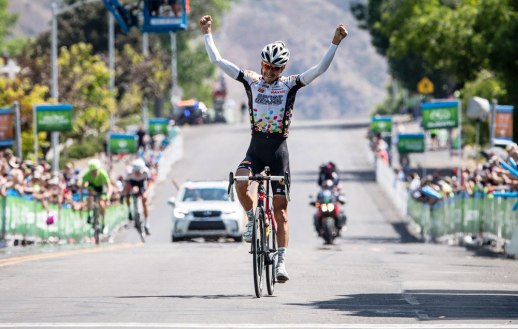 Morton has had a quiet time of it so far this race, but he has been industrious at the front of the peloton when needed. Namely, doing work for Sbaragli on stages 1 and 4. The Aussie is a very solid climber, finishing 7th on the Green Mountain earlier this year in Oman. With no GC hopes, Dimension Data will be chasing stages and Morton may well be that man!

He looked good on Stage 3 and should survive the climb if he’s in the break. If he’s not and we for some reason get a reduced peloton fighting out the stage win, he could well attack once again in the closing kilometres.

Another day I don’t want to get overly involved with but I am most confident in Kennaugh so he gets the majority of the backing!

Thanks for reading as always! Who do you think will win? Tomorrow will be a big day of previews with my final stage preview for this race, but also previews for the men’s and women’s Gent-Wevelgem. I hope you’ll be able to read them all! Anyway,

The opening 50km was chalked off due to bad weather so we had a shortened stage. There were some probing attacks on the final climb but it did end up coming down to a sprint. Nacer Bouhanni managed to haul himself over the rise and duly won the stage with ease! 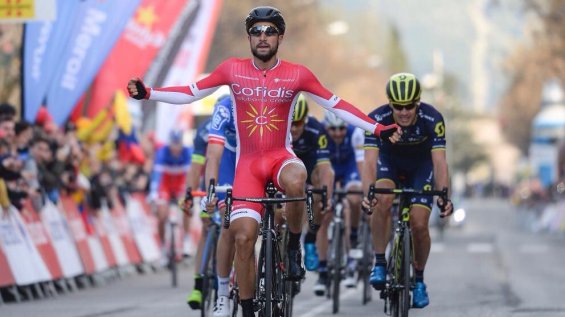 Stage one winner Cimolai finished second this time, with Impey rounding out the podium. Let’s have a look at what’s in store for the riders tomorrow.

A relatively easy day out in the saddle apart from the final 20km. Even the Cat-2 climb is simple in comparison to some of the other climbs we get in this region. The only reason it’s probably categorised so highly is due to its length, with an average gradient of 2.8% it is certainly not steep!

Tomorrow is all about the final climb.

If you take into account the build up to the official start of the ascent it is actually 13.3km long at 7%. However, the official profile would lead you to believe that the climb is only 8.4km at 8.8% average.

A very tough end to the day and we could and more than likely will see some large gaps between some of the GC riders. Although we could see a case of riders marking each other out of it, but I fully expect some of the teams to attack it hard from the bottom (Sky, Movistar & Trek) leaving a select group of favourites near the front. From there, not only who’s the strongest on the day, but team tactics will also be important.

Will they be fighting for the win though?

Normally this would be a GC day 100% of the time but last year we saw a break make it all the way to the line. Could that happen again?

There will be enough interest behind to chase for bonus seconds that any break will be nullified. Or at least you would imagine so!

I’m intrigued to see if having team-mates will be of any benefit to the riders here. The finishing climb is a lot like Terminillo (that we saw in Tirreno recently) so it could be a case of strongest on the day wins. However, if a team has a few good climbers they can always send one up the road and sit back to mark attacks from behind, a la Contador and Mollema in Abu Dhabi. Equally, we could easily just see a big battle between the favourites, which is what I think is most likely to happen.

If we do get a massive GC blowout, there are only 4 riders who can win this stage in my opinion. 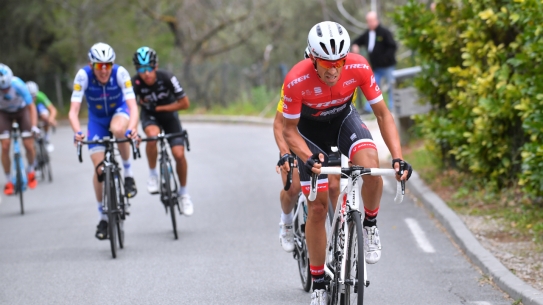 El Pistolero was incredibly unlucky in Paris Nice, giving it his all but falling short once again. On the final stage he looked very strong but that was on climbs where the average gradient was around 6%, not the 8% we’ll see here. Contador does sometimes struggle on the steeper stuff, but if he’s still going as he did in PN, it will be hard to beat him!

Returning from his illness that caused him to miss PN, he returned with a bang to win stage 3 on Wednesday. That day suited him ideally but tomorrow might be a little long for him. Yet, I keep thinking of his ridiculous long rang attack up Penas Blanacas in Ruta del Sol last year, and that something similar might be on the cards here. He’ll be hoping to emulate what Quintana did on Terminillo and take the GC lead, if not, get very close to it before the next few stages. 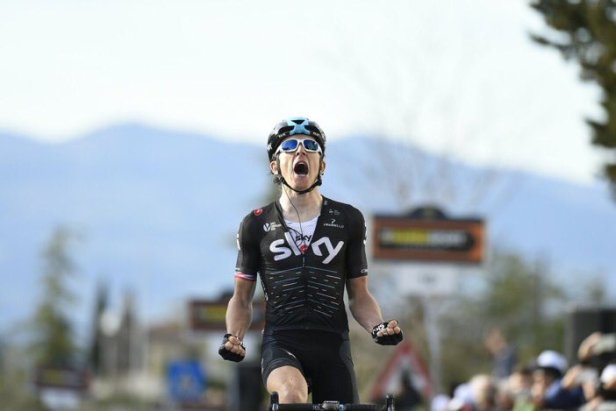 The Welshman was able to match Quintana almost blow for blow up the final climb, but the Colombian was just too good for him in the end. That result will have given Thomas the confidence that he can climb with the best in the world. As I said in my Tirreno GC preview, I think he’ll podium or get very close to in the Giro, so another big result here will set him in good stead. Froome may feature but he still doesn’t seem up to speed.

He was a very credible third on the Terminillo stage behind Quintana and Thomas. Even more credible when you think he DNF’d the next day after withdrawing due to illness. On the climb to La Molina he looked comfortable and should go well tomorrow on the steep stuff he seems to love. I wouldn’t discount him!

I think we’ll see the four I’ve listed get a gap but there will be the usual unwillingness to work, particularly between Contador and Valverde. This will leave it open for the two Brits to attack and due to Thomas being the closest rider on GC, he’ll be left to do the majority of the work. Yates will then attack him in the final 500m, using his more explosive nature to take the stage victory!

Will it go to plan?

Thanks for reading as always! Who do you think will win tomorrow? Anyway,