The break was finally given some leeway today despite for a while it looked as if Astana might decide against it. After shepherding Yates home yesterday, Nieve set his stall out attacking the rest of his breakaway companions, eventually riding solo to the line for what was a comfortable win in the end. 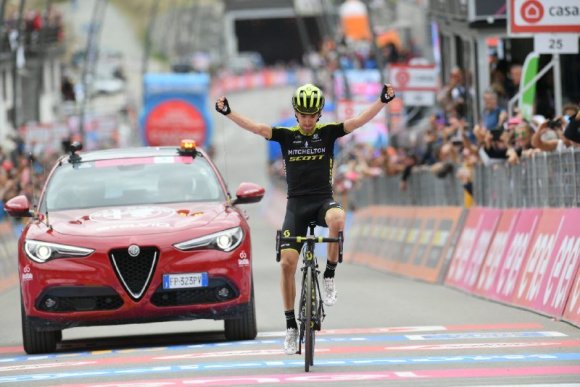 Fellow breakers Gesink and Grossschartner rounded out the podium on the day. Behind, despite some back and forth action, there were no cracks from the GC favourites on the final climb and they all rode in together. Well, aside from Pinot who looked desperately ill and dropped way out of the top 10 as a result of a +25minute time loss.

One stage left to go but that is the GC battle over and Froome is our champion. Hey, at least I got something right this race! It doesn’t sit right with me and I think I’ve made that clear throughout this season but here we are anyway, and I guess we all just have to get on with it.

So for one last time, let’s have a look at what is in store for the riders tomorrow. 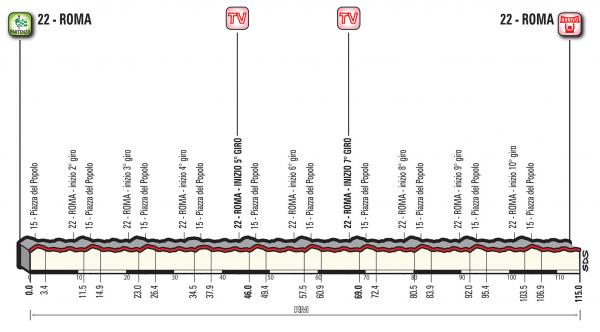 Pan-flat criterium in Rome to finish. 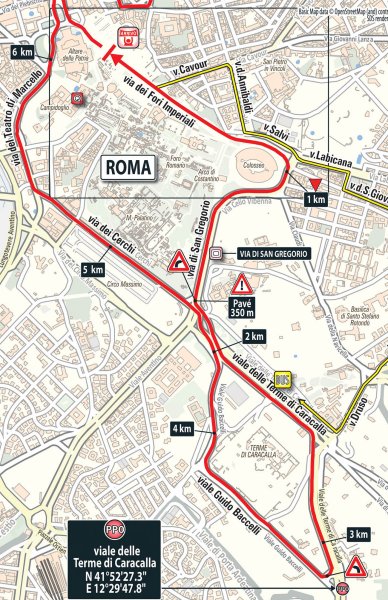 A couple of sketchy turns in the closing kilometres but with an almost straight final kilometre, we should see a fairly organised sprint.

Viviani has got the ciclamino jersey all but won as Bennett needs to win the stage and pick up some intermediate sprint points, with the Quick Step man not getting any points throughout the day.

Both have shown good speed throughout this race but over the recent sprint stages I think Bennett has looked faster but Viviani has the better lead-out.

With that said and taking into account that Viviani only has to stay on his bike and not take too many risks in the finale then that swings things in favour of the Irishman. 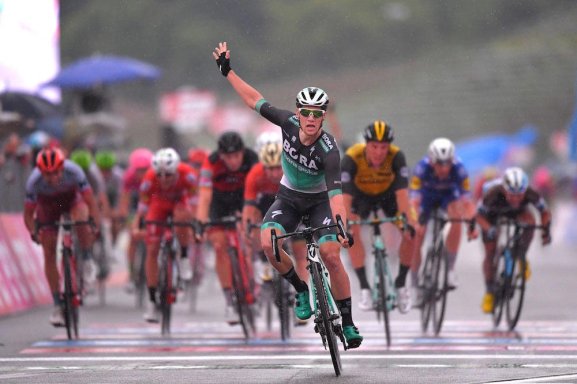 Although it has been one of the most frustrating Grand Tours to predict and write about that I’ve covered since starting this blog a couple of years ago, it has been enjoyable and unpredictable to watch. I want to thank every one of you for continuing to read the posts daily: it keeps me motivated to plough on and hopefully I’ve produced some enjoyable and engaging content over the past few weeks. On a personal note, the blog viewership has surpassed last year’s Giro by a good amount and even beat last year’s Tour. Onwards from here!

One last time for me to plug my BuyMeABeer section if you want to help rebuild my bank balance after this month haha. If you wish to donate anything then please do so here.

I’ll be taking a few days break but I’ll be back for the Dauphiné which starts in what seems no time. Anyway, for one last time this Giro,